Powell Sees ‘Pain’ Ahead as Fed Ramps Up Inflation Fight 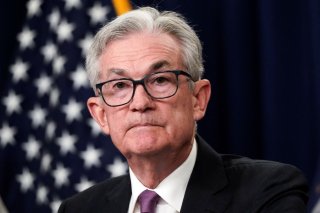 In his highly anticipated policy speech at Jackson Hole, Wyoming, on Friday, Federal Reserve chairman Jerome Powell reaffirmed the central bank’s commitment to battle decades-high inflation, even if it means a painful period of slow economic growth and possibly rising joblessness, according to a CNBC report.

The Fed has already signed off on four consecutive interest rate increases totaling 2.25 percentage points, but Powell contended that this is “no place to stop or pause.” The unanimously approved three-quarters of a percentage point rate hike late last month put the federal funds rate at a range of 2.25 percent to 2.5 percent, the highest level seen since December 2018.

“While higher interest rates, slower growth, and softer labor market conditions will bring down inflation, they will also bring some pain to households and businesses,” Powell said in his prepared remarks.

“These are the unfortunate costs of reducing inflation. But a failure to restore price stability would mean far greater pain,” he continued.

Per CNN Business, Rob Haworth, senior investment strategist at U.S. Bank Wealth Management, said that he “would interpret that as a willingness to see the unemployment rate creep a little higher here to get to that end of reducing demand.”

Powell also cautioned that the central bank’s focus is much broader than just a month or two of inflation data.

“While the lower inflation readings for July are welcome, a single month’s improvement falls far short of what the committee will need to see before we are confident that inflation is moving down. We are moving our policy stance purposefully to a level that will be sufficiently restrictive to return inflation to 2 percent,” he said, adding that “restoring price stability will likely require maintaining a restrictive policy stance for some time.”

CNBC has reported that the futures market is currently hinting that a three-quarter point hike is likely at the upcoming September meeting. A recent Reuters poll of economists is suggesting a fifty-basis point increase next month.