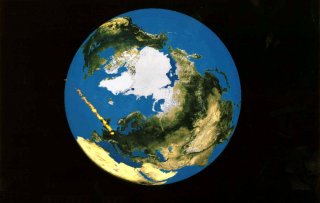 Task #4: Stop the Empty Promise of Paris. Biden has promised to “re-sign” the Paris climate protocols. That is easy enough to do. The real action is what will be in Biden’s “nationally determined contribution” (NDC). An NDC is a country’s domestic plan to reduce national emissions and adapt to the impacts of climate change.

The United States has made remarkable progress in these areas—outside the Paris agreement. Reentering the agreement brings no material benefit for climate action. If the United States wanted to enter a meaningful agreement, Washington would need a treaty. Yet Congress would never ratify the Paris accords, not because of political division, but because they fundamentally fail to promote practical international cooperation on climate issues.

It is time to move beyond the unrealistic framework of international wish lists and handouts. What we need from Washington is a constructive agenda, not action for show. Congress and the Biden administration should engage with other countries and pursue fiscally responsible policies that empower the private sector and unleash innovation, not supplant it.

Task # 5: Be a Real Steward of National Resources. While climate activists often talk about transitioning from fossil fuels, in practice they focus mostly on how to restrict fossil fuel use. This disingenuous approach ignores economic reality and the law of unintended consequences.

One area where U.S. policy has to be realistic is in its stewardship and development of American energy sources. As Heritage environment and energy expert Nicolas Loris points out, there are only:

negligible climate benefits from banning oil and gas production on federal lands…. Banning or restricting oil and natural gas development on federal lands is not going to stop the domestic or global consumption of conventional fuels. Consequently, reducing domestic supplies will increase dependence from sources with far less rigorous environmental standards than the U.S.

If America’s policymakers really want to lead in clean energy production and environmental stewardship, they should reject the government-first policies championed by most countries. Leadership is not about following the pack but blazing new paths forward.

As the rest of the word relies on government dictates and limiting the choices of their citizens, the United States should recommit to protecting private property rights, get out of the business of picking corporate energy winners and losers, and unleash American’s free-enterprise system to tackle the problems that Americans care about most.

It wouldn’t take long for the world to see that families and businesses, operating in a free market, will yield far better environmental and economic results than any government policy ever could. And that would be U.S. global leadership.