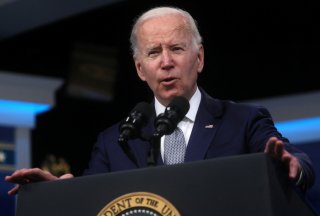 GasBuddy reported Tuesday that the average gas price in the United States reached $4.36 per gallon, which represents a new record high. It overtakes the previous record high of $4.35 per gallon, set just two months earlier.

Prices had tapered off slightly in April but have since risen, which GasBuddy attributes to the growing odds of European sanctions on Russian oil driving up the global oil price.

“Liquid fuels have turned into liquid gold, with prices for gasoline and diesel spiraling out of control with little power to harness them as the imbalance between supply and demand globally continues to widen with each passing day. Russia’s oil increasingly remains out of the market, crimping supply while demand rebounds ahead of the summer driving season,” Patrick De Haan, head of petroleum analysis at GasBuddy, said in a blog post announcing the new record price.

“There’s little, if any, good news about fuel prices heading into summer, and the problem could become worse should we see an above average hurricane season, which could knock out refinery capacity at a time we badly need it as refined product inventories continue to plummet.”

Last week, AAA reported that the national average had jumped twenty cents to $4.32, which was just a penny less than the record high. AAA uses a different methodology than GasBuddy, and the organization also released its report a few days before GasBuddy put out theirs.

“With the cost of oil accounting for more than half of the pump price, more expensive oil means more expensive gasoline,” Andrew Gross, AAA spokesperson, said in that release. “These prices are creeping closer to those record high levels of early March.”

Wednesday saw the release of the monthly government report on inflation, which found that the consumer price index jumped 8.3 percent in April, per CNBC. And it isn’t only gas and food prices that have been rising—housing and vehicle prices have surged as well.

President Biden addressed worries about rising prices on Tuesday by laying out the administration’s plan to deal with inflation ahead of the release of the report.

“President Biden has a plan to tackle inflation—by lowering costs that families face and lowering the federal deficit by asking the large corporations and the wealthiest Americans to pay their fair share,” a White House release on the plan said.

In light of the sky-high price of gas, the president’s priorities include “lowering the cost of gas and energy and achieving energy independence.” Moreover, the administration hopes to lower the costs of housing, childcare, and long-term care. Still, the White House also called for a reduction in the deficit.