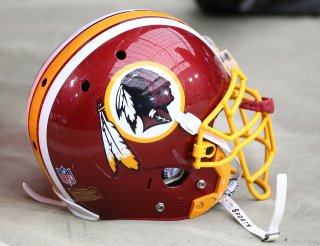 On July 13, following years of pressure, the Washington Redskins announced that they are dropping their nickname and logo, effective immediately. The team, which ten days earlier had announced a review of the name, did not announce its new nickname, and said it will do so at a later date. In the meantime, the former Redskins are referring to themselves informally as either “Washington” or “The Washington Football Team.”

There’s been much speculation as to what exactly will result from the name change. Will other teams need to change their names as well? Will the team be able to reverse its decades of dysfunction, as it moves into a new era with a new name? A Washington Post report last week about sexual harassment accusations against multiple former team employees did not get the new era off to an auspicious start.

There’s also the question of “Madden NFL,” the popular football video game that puts out a new edition each year, ahead of the NFL season. Electronic Arts, the company that produces “Madden NFL,” has now announced that it is removing the team’s former name and logo from this year’s game, “Madden NFL ‘21.”

“We are pleased to see Washington’s decision to change their team name and visual identity,” an EA spokesperson said in a statement to the video game website Kotaku. “We are quickly working to update Madden NFL 21 to feature a generic Washington team, while we await final word on the updated team name and logo design.”

The change is coming nearly at the last minute, with “Madden NFL ‘21” scheduled to ship August 25. The Kotaku report says the version on disc will still have the former name, but an update upon the first internet connection will trigger the change.

“The first changes will be available to our EA Access players and will include audio/commentary updates; motion graphics and presentation updates; stadium art, environments, crowd gear and signage updates; and uniform updates. Players may continue to see some outdated Washington references in other areas of the game at launch, but we are committed to removing all of those from the game in additional title updates coming shortly after launch,” the statement said.

“Madden NFL,” which debuted in 1993, is named after John Madden, the former NFL coach and announcer, whose commentary was long featured in the game. Since 2004, it has had exclusive rights to use the likenesses of NFL players and teams. Each year’s game is giving the year of the NFL season of the following year.