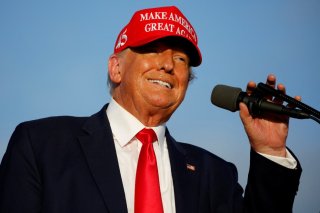 Ever since Elon Musk became the owner of Twitter, many have wondered whether he might reinstate the account of the best-known banned user, former President Donald Trump. Trump was kicked off of the platform shortly after the January 6 Capitol riot, although Musk said shortly after he agreed to buy Twitter that he would let the former president back on.

There has been one big reason to expect Trump not to return to Twitter: He has his own social media network, Truth Social, and if Trump returned to Twitter it might destroy the value of his own network. Trump has been consistent this year that he will not go back to Twitter.

“I like Elon and I wish him a lot of luck. I hope he does well with it,” Trump told Fox News after Musk took over the company. “I don’t think Twitter can be successful without me.”

Trump had 88 million Twitter followers at the time of the ban, compared to just 4 million on Truth Social currently.

Musk could conceivably restore Trump’s accounts, which would put his older tweets back on the platform, without Trump necessarily agreeing to resume actively tweeting.

Meanwhile, the Washington Post reported this week that the former president considered ditching Truth Social in the summer of 2021 and entertained an offer by his former communications director Jason Miller to accept $5 million a year and a stake in the company to join his own Twitter rival, Gettr. The final offer, per the newspaper, was $100 million over five years to post on Gettr.

Trump ultimately turned down that offer and has continued to use Truth Social as his exclusive social media network.

“The billionaire industrialist Elon Musk’s takeover of Twitter could put Trump’s commitment to a new test, and some in his orbit wonder whether he’ll be able to stay loyal to a small site that is struggling to gain an audience and faces looming financial threats,” the Post said, citing the diaries of a whistleblower within Trump’s media company.

Truth Social is facing financial trouble, since it is set to merge with a SPAC called Digital World Acquisition, although that merger deadline, due to investigations, has been delayed repeatedly.