Report: Two-Thirds of Americans Financially Worse Off Than in 2021 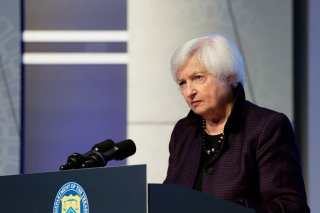 Amid continued inflationary pressures in the U.S. economy, a new report put together by Salary Finance reveals that two-thirds of working Americans admit that they are worse off financially compared to a year ago, according to a CNBC report.

And in order to make ends meet, many individuals are dipping into their savings accounts or going further into debt. The report found that 72 percent of consumers have less in savings compared to last year, a hefty jump of seventeen percentage points from February. Furthermore, nearly 30 percent of respondents say that they have wiped out their savings entirely.

It also appears that high-income workers are not immune to the financial pressures of today’s economic climate. Of those earning more than $100,000 annually, half struggle more with their finances and have fewer savings compared to last year. In addition, 40 percent of respondents say they often run out of money and more than half worry about their current financial situation at least once a day.

“Across the board, American workers are struggling financially, regardless of gender, race, ethnicity, sexual orientation, or earnings; in fact, half of American workers making over $100,000 are worse off this year,” Asesh Sarkar, CEO of Salary Finance, said in a release.

“It is incumbent on companies to not only support their employees with financial wellness offerings but truly understand who in their workforces are struggling financially,” he continued. “In doing so, they can better provide services for vulnerable work populations who need it the most by implementing benefits that solve their short-term problems while setting them up for longer-term financial stability. With most Americans feeling the financial pinch, now is the time to educate and provide the resources for managers and employees.”

CNBC also reported that a typical U.S. household is spending $445 more per month due to inflation levels that, according to an estimate released by Moody’s Analytics, are sitting at roughly forty-year highs. Making matters worse, wages for many workers have not kept pace with inflation. According to Labor Department data, hourly earnings dropped by 3 percent, on average, in the year to September after accounting for inflation.

Ryan Sweet, lead U.S. economist at Moody’s, told the business news network that it indeed has been a “tough time” for all households.

“Inflation is affecting people very, very differently,” he said. “But everyone is feeling the effect.”