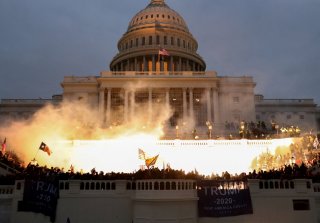 One state senator in Colorado recently announced that he is switching from the Republican Party to the Democrats—and says the “attack on our democratic system” is why.

According to a letter addressed to “fellow Coloradans,” State Sen. Kevin Priola announced a change in his party affiliation. Priola said he became a Republican in 1990, following the presidency of Ronald Reagan.

After hearing constituents express concerns about then-President Donald Trump while he knocked on doors during the 2020 election cycle, the January 6 Capitol riot really changed things.

“Like many Coloradans, I watched the events on January 6 with horror,” the senator wrote. “I felt that clearly this would be the last straw and that my party would now finally distance itself from Donald Trump and the political environment he created. Week after week and month after month, I waited for that response; it never came.” Priola praised Mike Pence, Mitt Romney, Liz Cheney, and Adam Kinzinger, Republicans who have sometimes resisted the former president.

“Fear-mongering to raise money or motivate voters is nothing new, but it has been taken to a dangerous and destabilizing level,” the letter contained. “I cannot continue to be a part of a political party that is okay with a violent attempt to overturn a free and fair election and continues to peddle claims that the 2020 election was stolen.”

Priola added that he is also opposed to Republican efforts to refuse to mitigate climate change.

“Today, my Republican colleagues would rather deny the existence of human-caused climate change than take action,” he said in the letter.

Consequently, the senator changed his registration and announced that he would now caucus with the Democrats in the Colorado legislature. In making the switch, Priola moves from the minority to the majority in the state Senate. Priola is not up for re-election this year.

“To be clear, I will not be changing the way I vote on legislation, I just simply will now cast my votes with a D next to my name instead of an R.” Priola, who is opposed to abortion rights and “pro-Second Amendment,” added that he will sometimes buck his new party, just as he did his old one.

“Proud to welcome [Kevin Priola] to the Democratic Party,” the governor said on Twitter. “We are a broad tent party, always seeking good ideas from the left and right to move CO forward. Senator Priola is a strong leader on climate issues & will hopefully be even more effective on the Democratic side of the aisle.”