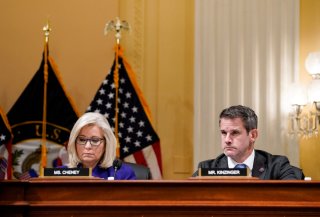 The Republican National Committee’s (RNC) formally censured Reps. Liz Cheney (R-WY) and Adam Kinzinger (R-IL) on Friday, accusing them of “behavior which has been destructive to the institution of the U.S. House of Representatives, the Republican Party and our republic.”

The two representatives were lambasted by the committee for their presence on the House January 6 Committee, created to investigate the storming of the U.S. Capitol Building on January 6, 2021. Cheney, the committee’s vice chair, and Kinzinger are the only Republicans serving on the committee. House Minority Leader Kevin McCarthy withdrew all other Republican participants after House Democrats refused to seat several of his choices because they had earlier supported attempts to overturn the 2020 election.

The committee has been the subject of criticism on the American right, with some commentators and elected officials accusing it of examining events with little connection to the riot. The censure resolution claimed that the committee disregarded “minority rights, traditional checks and balances, due process, and adherence to other precedent and rules of the U.S. House” and implied that it was created to “advance … a political agenda” intended to aid the Democratic Party in the 2022 midterm elections.

The resolution then accused Cheney and Kinzinger of  “participating in a Democrat-led persecution of ordinary citizens engaged in legitimate political discourse,” justifying the censure.

The seeming description of the January 6 attack as “legitimate political discourse” was harshly criticized by both Cheney and Kinzinger and led to widespread outrage on social media. McDaniel later claimed on Twitter that she had referred specifically to pro-Trump protesters who had not illegally entered the Capitol or engaged in violence against police.

“I have repeatedly condemned violence on both sides of the aisle,” McDaniel wrote. “Unfortunately, [the January 6] committee has gone well beyond the scope of the events that day.”

The decision to censure Cheney and Kinzinger faced opposition from some Republicans, including many affiliated with the party’s anti-Trump wing.

Senator Mitt Romney (R-UT), the Republican Party’s 2012 presidential nominee and a long-time critic of former President Donald Trump, argued that the censure led “shame [to] fall … on a party that would censure persons of conscience, who seek truth in the face of vitriol.”

“Honor attaches to Liz Cheney and Adam Kinzinger for seeking truth even when doing so comes at great personal cost,” Romney said. The Utah senator was earlier censured by the Republican Party’s branch in Weber County, although an effort to censure him statewide narrowly failed.

“The GOP I believe in is the party of freedom and truth,” Hogan wrote. “It’s a sad day for my party – and the country – when you’re punished just for expressing your beliefs, standing on principle, and refusing to tell blatant lies.”

Cheney and Kinzinger each voted in favor of Trump’s impeachment, along with eight other Republican members of the House. Following her vote, Cheney was stripped of her leadership role within the House Republican Conference.

Kinzinger has announced that he will retire at the end of his term. In Wyoming, Cheney is running for reelection against Harriet Hageman, a primary opponent who has been endorsed by Trump.