Rising Gas Prices Could Cost Households Up to $2,000 This Year 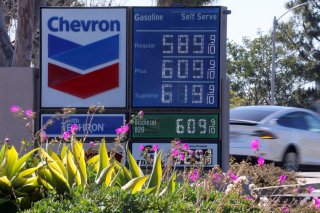 The average price for a gallon of gasoline surged past $4 per gallon over the weekend.

And unfortunately, it hasn’t stopped there. By Wednesday, regular-grade gas prices reached an all-time high of $4.25, which is about a 60 cent increase from just a week ago, according to AAA.

According to GasBuddy, the previous all-time high was set in 2008 at $4.103 per gallon, just ahead of the U.S. Great Recession and housing crisis.

“Americans have never seen gasoline prices this high, nor have we seen the pace of increases so fast and furious,” said Patrick De Haan, head of petroleum analysis, in a GasBuddy press release. “That combination makes this situation all the more remarkable and intense, with crippling sanctions on Russia curbing their flow of oil, leading to the massive spike in the price of all fuels: gasoline, diesel, jet fuel and more. It’s a dire situation and won’t improve any time soon. The high prices are likely to stick around for not days or weeks, like they did in 2008, but months. GasBuddy now expects the yearly national average to rise to its highest ever recorded.”

What can the average American consumer expect in the coming months? CBS News reported that an analyst from Yardeni Research estimated that the recent surge in gas prices could add up to $2,000 in annual costs to a typical household budget.

“That comes on top of about $1,000 in extra costs at the grocery store due to inflation, which means the typical household will have $3,000 less this year to spend on other items,” the news outlet writes, citing Yardeni data.

There’s also fears growing that gas prices could surge even higher, perhaps even to the $6 or $7 per gallon. In fact, nineteen states currently have average retail gas price is currently over $4.414. California leads the pack at $5.444.

De Haan did note that the prices at gas stations reflect the current price of about $115 for a barrel of oil. If that, however, tacks on another $20 per barrel, gas prices have further room to run higher.