Run to the Mailbox Right Now: You Might Have a Stimulus Check Waiting 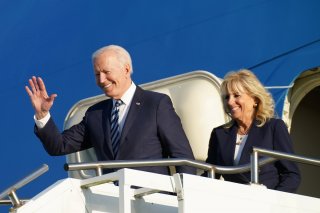 Over the last two weeks, more than 2.3 million stimulus checks have been sent out. The latest batch of payments brings the total number of stimulus payments sent out, either via paper checks or direct deposit, to 169 million – although this number includes roughly 1.1 million “plus-up” payments for earlier checks that did not include all money owed. So far, according to the IRS, $395 billion in direct payments has been sent out, or slightly under 90 percent of the $450 billion earmarked for the third round of stimulus checks.

Of the most recent 2.3 million, roughly 900,000 were sent to individuals or families who had not had tax information on file before the most recent round of tax returns were due on May 17. Because the IRS determine eligibility for stimulus checks based on tax return information, and also where to send stimulus payments based on the same information, people who do not file taxes remain a concern for the agency, which has set up an online portal for people who would not otherwise file taxes to claim their stimulus payments.

Because many families lost considerable income during the pandemic, some Americans became eligible for benefits that they would not have if they had maintained their 2019 income levels. However, this is not the only cause; some, for example, had children, qualifying them for an extra stimulus check for dependents, as well as the newly-increased Child Tax Credit. So far, 8 million of these payments have gone out in 2021 alone, from the second and third stimulus checks.

The most recent round of payments was roughly evenly divided between paper checks and direct deposit. A small minority also received the payments in the form of a cash transfer onto a prepaid debit card. The IRS has said that it will continue to distribute payments each week until all $450 billion is sent out; by the end of the payments, roughly 158 million households will receive a payment (not including plus-up payments), although there is no single end date for when all Americans should be expected to receive their checks.