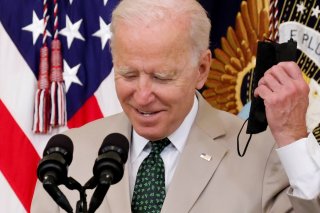 For millions of cash-strapped American parents with multiple children to take care of amid the ongoing pandemic, the current third round of $1,400 coronavirus stimulus checks approved under President Joe Biden’s American Rescue Plan likely did little to assuage their financial pain.

However, there appear to be brighter days ahead, as these same parents could be in line to see even bigger payments from the expanded Child Tax Credits starting next year.

If the Senate Budget Committee’s proposal gains approval, it will also extend the spectrum of who is covered and will aim to take out all tax liability for those government-issued payments.

More importantly, for those who are wishing that these expanded credit payments won’t have an end date, the proposal will essentially make them permanent, paid both in installments and as a lump sum.

As it currently stands, due to Biden’s stimulus bill, the federal government now allows parents to collect as much as $3,600 per year for a child under the age of six and up to $3,000 for children between ages six and seventeen. This all means that a $250 or a $300 cash payment for each child will head into the bank accounts of eligible parents every month through the rest of the year.

Several high-ranking Democratic lawmakers already have been pushing for months to attach a permanent status to these credits.

Senator Sherrod Brown (D-OH) recently told reporters: “We all talk about how important families are and raising our children are the most important thing we can do but so many people can’t do it. It’s such a challenge. Raising kids is work. We should reward families and give families a chance.”

Other notable supporters include Rep. Richard Neal (D-MA), the chairman of the influential House Ways and Means Committee, who also shared similar sentiments.

Recent studies and surveys have also proven that the initial batches of the Child Tax Credits are already making a difference. For example, according to the latest Census Bureau Household Pulse Survey, parents who have received the credit funds reported less trouble affording food and paying for basic household expenses.

In addition, it indicated that approximately ten percent of American households with children sometimes or often didn’t have enough to eat over the past week—the lowest percentage registered since the pandemic started a year and a half ago.

In a separate report released by the Annie E. Casey Foundation, the data revealed that a permanent expansion could potentially lift more than four million children out of poverty.