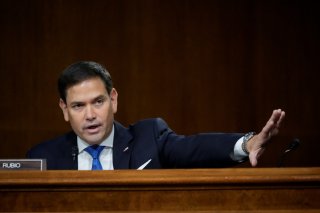 A bipartisan group of seven high-profile U.S. senators, including Sens. Bernie Sanders (I-VT) and Marco Rubio (R-FL), sent a letter to Secretary of State Antony Blinken on Thursday, highlighting the Kingdom of Bahrain’s “violent” and “systemic” repression of opposition movements and urging the consideration of sanctions against human rights violators there.

“For the past decade, the State Department and major human rights advocates have detailed a long list of serious and ongoing human rights abuses in Bahrain,” the letter read, listing reports of “arbitrary detention, torture, cruel and degrading treatment of prisoners, restrictions on freedom of the press, interference with peaceful assembly, and restrictions on political participation and religious practice” from the island nation.

Bahrain is the only one of the six Gulf Cooperation Council (GCC) states to have a majority-Shi’a Muslim population. However, the ruling Khalifa family and the nation’s political elite are Sunnis, leading to sectarian tensions. These tensions became particularly apparent following the 2011 Arab Spring when a Shi’a political protest movement was violently suppressed with the aid of troops from neighboring Saudi Arabia.

The country is also a major U.S. ally in the Middle East, housing the U.S. Navy’s Fifth Fleet in the heart of the Persian Gulf. The letter highlighted the risk that repression could lead to political unrest, which could put the presence of U.S. forces in Bahrain in jeopardy.

The letter praised Blinken for centering the State Department’s policies on human rights but requested that he answer a list of questions regarding America’s past actions to improve human rights conditions in Bahrain, including raising the issue of oppression of opposition movements with the Bahraini government. It highlighted Naji Fateel and Hasan Mushaima, a pair of Bahraini dissidents who have respectively been in prison since 2007 and 2011.

The letter also questioned the wisdom of arms sales to the government of Bahrain, given its approach to human rights. It tacitly recommended that the U.S. government apply the Global Magnitsky Act to sanction human rights abusers within the Bahraini government.

“Bahrainis continue to call for agency and accountability, often at great risk to their safety and that of their families,” the letter concluded. “We stand with them in urging you and the Biden-Harris administration to promote reform and respect for basic human rights in Bahrain and greater stability in the region.”