Seniors Call for Stimulus Checks as Their Bills Surge 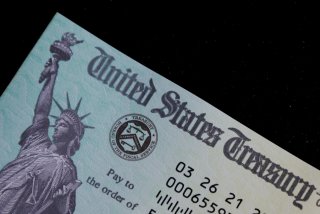 It appears that red-hot inflation will continue to take direct aim at Americans’ pocketbooks well into 2022.

One of the more concerning fallouts from the current inflationary environment is energy prices, which have skyrocketed year-over-year, according to the December consumer price index from the U.S. Bureau of Labor Statistics.

Broken down, fuel oil is about 40 percent more expensive than last year, electricity prices grew by 6.3 percent, and natural gas has climbed by nearly 25 percent.

And as reported by CNBC, approximately 20 percent of Americans struggled to pay their energy bill in full at least once last year.

“Those who weren’t able to pay their bills often put off paying for necessities such as energy, potentially putting themselves and their families at risk,” the outlet writes.

“In the last twelve months, at least 18 percent of Americans kept their house at a temperature that was either unhealthy or unsafe, and 28 percent skipped a basic expense such as food or medicine to pay an energy bill,” the report continues.

Seniors who rely on Social Security benefits to make ends meet are bearing the brunt of surging energy prices. Beneficiaries did receive great news last fall when the Social Security Administration took action by approving a 5.9 percent cost of living adjustment (COLA) for this year, which will boost Social Security checks by about $90 on average.

But for some experts, that raise is still far from enough in this current environment.

“Social Security benefits have lost nearly one-third of their buying power, 32 percent, since 2000, about the length of a typical retirement,” Mary Johnson, the Social Security and Medicare policy analyst for the Senior Citizens League, notes in a statement.

“Even worse, it appears that inflation is not done with us yet, and the buying power of Social Security benefits may continue to erode into 2022,” she continues.

That’s why the Senior Citizens League has been campaigning for months via a popular petition to press Congress to quickly approve a fourth round of stimulus checks. The organization is calling for $1,400 direct payments to recipients of the Social Security program.

“Social Security benefits are one of the few types of income in retirement adjusted for inflation. But soaring inflation has taken a toll on household finances of retired and disabled Social Security recipients,” reads the petition.

There are currently six other stimulus check petitions circulating, and they have collectively amassed well over five million signatures.