Should the Child Tax Credit Be Made Permanent? Ohio is Roiled in Debate 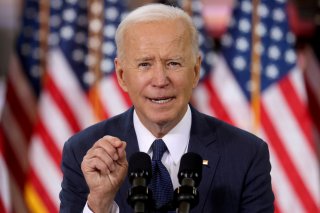 The Internal Revenue Service may only be two months into the disbursement of the expanded Child Tax Credits (CTC), but they appear to be having a sizeable impact on the nation’s children, particularly those from low-income households.

In the state of Ohio, the number of adults living with children who sometimes or often do not have enough to eat has fallen sharply since the start of the government-issued monthly payments, according to an analysis of U.S. Census Survey data by the Journal-News.

The paper noted that some groups have come forward to say that the tax credits should be made permanent and could function like “Social Security for kids.”

“Since mid-July, less than 6.5 percent of Ohio adults living with children reported sometimes or often not having enough to eat, according to Census experimental household pulse survey data,” it said.

“Child Tax Credit checks started being distributed on July 15, but before that happened, between 10 percent to 11.3 percent of Ohio adults living with children said they sometimes or frequently were short on food,” it continued.

The positive effects of the credits—which give eligible parents $250 or $300 for each child every month through the end of the year—seem to be mirroring what is occurring across most of the country.

According to a recent study released by the Center on Poverty and Social Policy at Columbia University, the first installment of the credit payments in July was able to lift approximately three million children out of poverty.

“As rollout continues, the expanded Child Tax Credit has the potential to achieve even greater child poverty reduction. If all likely eligible children are covered, it has the potential to reduce monthly child poverty by up to 40 percent on its own; in combination with all COVID-related relief, it could contribute to a 52 percent reduction in monthly child poverty,” the study wrote, adding that the first batch of payments reached in total fifty-nine million children, representing about 80 percent of all children in the United States.

Other studies are also pointing to a similar conclusion that the child tax credits—if eventually extended or made permanent—will have the potential to assist millions of more children.

A report put together by the Annie E. Casey Foundation suggested that a permanent expansion of the child tax credits could lift more than four million children out of poverty.