Should Social Security Rate Increases Be Called a “Raise"? 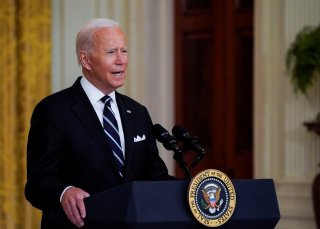 There are strong indications that, due to rising inflation, next year’s cost-of-living raise for Social Security recipients will be the largest in years.

The latest estimate from the Senior Citizens League found a possible 6.2 percent cost-of-living adjustment for Social Security recipients for 2022. That was up from the organization’s previous estimate of a 6.1 percent increase.

“The estimate is significant because the COLA is based on the average of the July, August, and September CPI data,” Mary Johnson, a Social Security policy analyst for the Senior Citizens League, said in a statement. The COLA in 2021 was only 1.3 percent, which represented only a negligible increase for most beneficiaries.

Motley Fool recently noted that Social Security has been overly stingy in the past with the COLA adjustments.

“Seniors on Social Security are entitled to an annual raise known as a cost-of-living adjustment or COLA. The purpose of COLAs is to help seniors maintain their buying power when living expenses inevitably rise,” according to Motley Fool.

However, the question is whether it’s actual proper to refer to such increases as a “raise.” One expert says no.

Retirement expert Elizabeth Bauer said in an op-ed published this week in Forbes that “raise” is not a term that should be used for Social Security’s annual increases.

“The reality, of course, is this is not actually good news,” Bauer wrote, in reaction to several news headlines positioning the expected benefit increase as a “raise.”

“These adjustments to Social Security benefits are merely meant to keep benefits in line with inflation, and workers themselves will expect pay increases that match inflation to be owed to them, and deem a raise at CPI level to be no real ‘raise’ at all,” Bauer said.

She also noted that the inflation that’s leading to the increased benefits are not actually a good thing for Social Security recipients.

“Despite the decline in pensions for new workers, traditional defined benefit pensions remain an important source of retirement income, with 56% of retirees reporting a pension in a Federal Reserve study in 2017," she wrote. “Although states like Illinois are notorious for their guaranteed, fixed annual increases, not all states offer CPI adjustments, and CPI adjustments are exceedingly rare in the private sector.”

Bauer also noted that the 6.1 percent increase in CPI also represents a “loss in value, in fixed pensions and investments, of 6.1%.”

“The bottom line is that a high Social Security annual increase is not something to celebrate,” Bauer wrote. “It’s time to stop calling it a ‘raise’ and treat it as what it is, an adjustment meant to hold retirees harmless, which may or may not be effective at its goal depending on personal circumstances.”