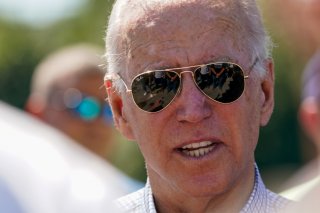 Social Security amounts to a generational transfer of wealth. When people are young, healthy, and of working age, they pay into the system, helping to fund the benefits of Social Security’s current dependents—namely, elderly Americans who did the same for their predecessors in the program. When the current generation of taxpayers reaches retirement age, their benefits will be covered by the next one, and so on.

The role of the pandemic in advancing this timetable has been difficult to overstate. As millions of Americans lost their jobs permanently during the pandemic, many in their sixties decided to remove themselves from the job market altogether by retiring and claiming their benefits early. Although there can be a substantial financial penalty for doing this, for some Americans, the ability to retire early and spend more time in their lives with families or loved ones is worth more than a portion of one’s monthly check.

This trend will have one positive consequence, at least in the long run: because the penalties for an early withdrawal are fairly steep, the exodus could end up helping the Social Security Administration continue to afford making benefits payments for a longer time.

Financial advisers frequently warn against claiming benefits early, correctly highlighting that doing so exposes oneself to losing money over the long run. If the pandemic has shown nothing else, though, it has highlighted the difficulties in predicting events in the future. For many people approaching retirement, it may be preferable to have cash in hand now than a potentially larger payment later.