Social Security: 400,000 More Beneficiary Deaths Seen in 2020 Than Year Prior 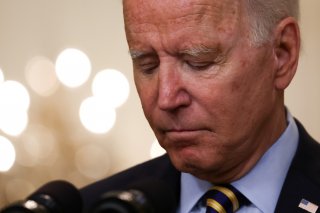 Newly released data from the Social Security Administration (SSA) have revealed that there were nearly four hundred thousand more beneficiary deaths in 2020 over the number witnessed in 2019.

The figure represents an eye-opening seventeen percent year-over-year increase and such double-digit surges were seen across groups that included retirees, spouses, widows, and the disabled.

According to the U.S. Centers for Disease Control and Prevention (CDC), largely due to the ongoing coronavirus pandemic, approximately five hundred thousand more deaths occurred in the United States in 2020 compared to 2019.

The numbers have the potential to get even worse. In recent weeks, the highly transmissible Delta variant, which was first detected by scientists in India last fall, has quickly become the dominant strain in the United States, representing more than ninety-five percent of all sequenced cases, according to the CDC.

The current seven-day average of daily new coronavirus cases now stands at about one hundred forty-seven thousand—more than ten times higher compared to just two months ago and about thirteen percent higher compared to the week prior, according to the latest data compiled by Johns Hopkins University.

Moreover, a new study conducted by the CDC has suggested that the unvaccinated are nearly thirty times more likely to be hospitalized with coronavirus than those who have been inoculated.

Still, despite the sizeable increase in the deaths among the elderly, finance experts still say that it is hard to deny the benefits of waiting till age seventy to collect Social Security—which would make one eligible for the absolute maximum payout of $3,895 per month. For comparison, at sixty-two, the earliest possible age to collect, it stands at $2,324. And at full retirement age—currently sixty-six and two months—the maximum benefit is $3,113.

“Workers planning for their retirement should be aware that retirement benefits depend on age at retirement. If a worker begins receiving benefits before his/her normal (or full) retirement age, the worker will receive a reduced benefit. A worker can choose to retire as early as age sixty-two, but doing so may result in a reduction of as much as thirty percent,” the SSA says.

“Starting to receive benefits after normal retirement age may result in larger benefits. With delayed retirement credits, a person can receive his or her largest benefit by retiring at age seventy,” it continues.

However, waiting till age seventy to file does come with its own risks—as one could die earlier than anticipated and end up with less money overall from the Social Security program.

“If you have any doubts about your health or a family history of dying young, then you may want to sign up for benefits as early as possible rather than take the risk of waiting and ultimately getting less money all in,” the Motley Fool writes.