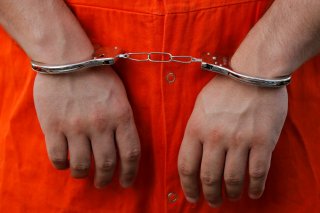 It’s a very common occurrence for someone to be convicted of improperly claiming Social Security benefits or other crimes related to such benefits. This week, a woman who worked for the Social Security Administration (SSA) has been sentenced for wire fraud and identity theft.

According to an announcement by the U.S. Attorney’s office for the Eastern District of North Carolina, a woman from that state has been stanched to sixty-five months in prison and three years of supervised release, following her guilty plea two years ago to charges of wire fraud and identity theft. The woman was also ordered to pay $760,966 in restitution.

The announcement says that the now-forty-five-year-old woman used her position at the SSA to route that amount of money into nine different bank accounts that she controlled, some of which were in the names of family members. The investigation also found that the woman had used her access to “query the accounts of approximately 62 program beneficiaries and used their PII (Personal Identifiable Information) to generate the fraudulent payment requests.” Some of those accounts belonged to incarcerated people who were not able to receive such benefits.

The woman “misused her official position and authority in the Social Security Administration to steal over $760,000 in taxpayer funds. I am gratified that a review by the SSA OIG audit office flagged this activity to OIG investigators as potential fraud,” Gail S. Ennis, Inspector General for the Social Security Administration, said in the public announcement. “We will continue to identify and aggressively pursue any instances of employee fraud and hold wrongdoers to account. These efforts are critical to maintaining the public’s trust in Social Security. I want to thank the U.S. Attorney’s Office for its support of our investigation and efforts to bring it to a successful resolution.”

The Fayetteville Observer reported more about the case, citing the criminal complaint, noting that the woman had made illicit purchases of such items as a 2017 Ford Crew pickup and a 2011 Harley Davidson motorcycle. She was also ordered to begin her sentence “no sooner than January 2” of next year.

The woman had been indicted in 2018 and was originally charged with ten counts of Wire Fraud, two counts of Aggravated Identity Theft, and one count of Theft of Government Property, according to the U.S. Attorney’s office’s announcement at the time. She originally faced up to twenty-four years in prison.

There was an indictment in a similar case last month when an SSA claims specialist in Pennsylvania was indicted on federal charges of “conducting a scheme to fraudulently obtain unemployment benefits related to COVID-19 emergency relief funds,” the Department of Justice announcement said.