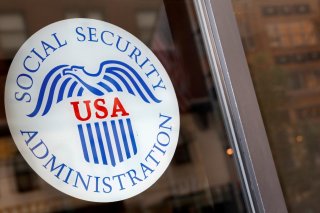 The Social Security Administration (SSA), which everyone from beneficiaries to members of Congress have accused of being too slow to answer pandemic-era concerns, is pushing for a significant influx of new staff.

According to Federal News Network, the agency wants to hire 4,000 new frontline workers—but, as acknowledged in the piece, doing so is “easier said than done."

“Our customers are waiting an unacceptable length of time to get their cases adjudicated and that’s in large part due to our understaffing,” Kim said in testimony last month before the House Ways and Means Committee.

Currently, the agency has fewer than 60,000 employees, its lowest headcount in twenty-five years. And the SSA has received less funding over time, even as the number of beneficiaries in the system has grown.

“We don’t have hiring. We need overtime and we need proper investment in our IT. Those are the three key areas that need to be funded in order for us to carry out our mission, and do it in a way that does not burn out our employees,” Kim added in her testimony.

The SSA has also put forward a formal budget request.

“To address the large backlog of initial disability claims and the additional claims we expect to receive through the end of FY 2023, the Budget would expand processing capacity by increasing staffing by adding more than 4,000 hires in our frontline operations and at the DDS offices,” Acting Commissioner Kilolo Kijakazi wrote in the request, filed back in March.

“The Budget also increases overtime to ensure employees can quickly and accurately complete cases. Our goal is to reduce the average processing time and prioritize providing decisions to those who have been waiting the longest.”

After remaining closed for over two years during the pandemic, the SSA reopened most of its field offices in April. But even after the reopening, wait times remain long, with some recipients complaining of not being able to get through by phone.

The issue of administrative funding for the SSA is separate from that of the funding of Social Security benefits themselves. On the latter question, there was some good news. Earlier this week, the release of the latest Trustees Report found that the main trust fund for Social Security will be able to pay out full benefits through 2034, a year later than was projected in last year’s report. The 2021 report had placed that date in 2033, after which, absent Congressional action, the SSA would have to pay less-than-full benefits.