Social Security Checks Could Get a 10% Inflation Boost Next Year 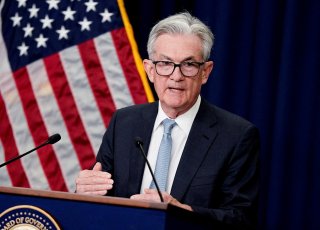 After the latest announcement of massive inflation—this time, to 9.1 percent, the highest number in forty years—there’s another new estimate of a record number for the Social Security cost of living adjustment (COLA).

Prior to the June number, The Senior Citizens League had projected an 8.6 percent COLA increase for Social Security next year. But after the release of the June number, that number has gone into the double digits. The Senior Citizens League has said that a high COLA increase isn’t necessarily good news for seniors, since inflation is hard to keep up with and many senior citizens are struggling with the higher prices.

Per CNBC, the COLA data is calculated based on the average third-quarter data in the previous year, compared to the year before that. The increase in January of 2022 was 5.9 percent, the highest COLA increase since the early 1980s. “Some people are just getting into some real bad situations,” Johnson said earlier this spring. “The problem is when living on fixed income, it’s not like you can go out and get a part-time job, because many seniors often retired because of health problems or other issues.”

In May, Johnson called this year’s situation “the deepest loss in buying power since the beginning of this study by The Senior Citizens League in 2010.” However, there is hope that recent rate hikes by the Federal Reserve could slow inflation down.

That is not to be confused with the Social Security Expansion Act, the one backed by Sen. Bernie Sanders (I-VT) in the Senate and Rep. Peter DeFazio (D-OR) in the House. It’s not clear if either package has a chance to pass in the current Congress.