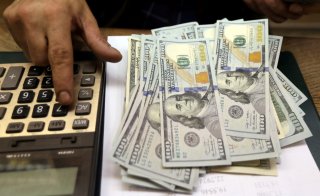 When Americans reach retirement age, it is expected that they will file for Social Security, which pays a reliable monthly benefit for the rest of their life. The program, created by President Franklin D. Roosevelt as part of the New Deal in 1935, was regarded as an effective anti-poverty program for elderly Americans, and quickly became one of the most popular government programs in the United States. It still is; according to AARP, a senior citizens’ advocacy group, 96 percent of Americans want to continue or increase the payments.

However, while Social Security unquestionably keeps elderly Americans out of poverty, its ability to provide for them above a basic level is limited. The income from the benefits is designed to replace 40 percent of a person’s pre-retirement income, according to the Social Security Administration itself. But 40 percent of one’s pre-retirement income is not enough for most Americans to live comfortably on, especially without other sources of money.

There are some ways that this income can be supplemented. A key way is to wait as long as possible to claim benefits. Waiting until the age of seventy to file for Social Security, for instance, can increase the monthly payments by 25 to 30 percent. Retiring later can also help a person increase the size of their benefits, since the monthly amount is based on the thirty-five highest-paying years of a person’s career and most people make more money at the end of their careers than at the beginning.

Even so, these tricks can only increase the amount by so far. While it is possible to live on nothing except Social Security payments, the limited quality of life that they provide is not what many people hope for in their retirement. To enjoy a more comfortable retirement, it is vital for families to save money and create a nest egg.

There are several ways that this can be done, but the two most effective are by opening a 401(k) and a Roth IRA account during one’s career. Although these differ slightly, they are both essentially tax-free retirement accounts that can be invested during one’s life. Although they cannot be withdrawn until a person’s retirement, they can grow considerably if invested in a relatively safe fund with a reasonable rate of return—such as an S&P 500 index fund, which averages a return of 10 percent per year.

Consider the following. If a person is able to save $5,000 per year from the age of twenty-five until the age of seventy and deposit it into a Roth IRA with an average yearly return of 8 percent, by the age of seventy, they will be sitting on more than $2 million, although this amount will decrease somewhat in real terms because of inflation.

Even if the annual deposit is decreased to only $2,000, the amount is still more than $800,000—and in both scenarios, the retirees will receive Social Security payments on top of this.