Social Security May be Depleted Sooner than Expected. Here's What Congress Can Do. 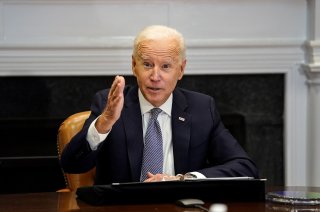 Social Security has been in the news for two big reasons this month. First, the Social Security Administration (SSA) announced the depletion date for the main fund that funds the program will arrive in 2034, one year earlier than previously predicted.

Second, the SSA announced that the cost of living allowance (COLA) will cause Social Security benefits to rise by 5.9 percent next year. That’s the highest increase since the early 1980s, although some projections earlier this year placed the figure at over 6 percent. The COLA figure is pegged to the Consumer Price Index for Urban Wage Earners and Clerical Workers and has risen because inflation has.

Following that news, a new report suggests that the increase could cause Social Security to be depleted even sooner.

Fox Business cited a report from the Committee for a Responsible Federal Budget, a nonpartisan nonprofit that advocates for deficit reduction. That group has predicted that with the COLA increase, depletion will happen even sooner, perhaps by 2032.

"Social Security is already on a path to insolvency and we estimate the higher cost-of-living payments could deplete the program’s trust fund a year earlier than projected," the group said in a statement, according to Fox Business.

It’s unclear how the committee arrived at that figure, and whether it is projecting further COLA increases in subsequent years.

If Social Security is depleted in 2034, as projected by the government, it doesn’t mean the end of Social Security. It just means that without Congress taking any corrective action, benefits will begin to be reduced beginning that year.

What can be done to shore up Social Security? David Rae put forth four suggestions in August 2020 while writing for Forbes: Increase payroll taxes, increase the retirement age, raise the income level subject to Social Security taxes, and decrease taxes on Social Security income.

“How to save Social Security is a problem we have been facing for decades,” Forbes wrote. “Will anyone in Washington, D.C. take this issue seriously before we are at a crisis point? Who knows? Just like putting off saving for retirement makes funding a secure retirement more challenging, the longer we kick the proverbial can down the road, the more drastic measures will be needed to save Social Security benefits. If and when there is eventually a strategy to help save Social Security, we will likely see some combination of the most promising aforementioned solutions.”