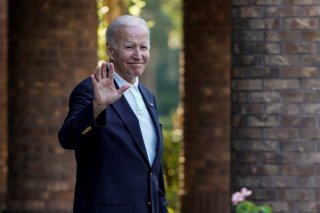 Social Security celebrated its eighty-seventh birthday on Monday and for the occasion, the sponsor of one of the bills in Congress to shore up the program’s financing called for his legislation to move forward.

"Social Security has provided our nation with the most comprehensive retirement, disability, and survivors benefits for 87 years,” Larson said in the statement. “Democrats are fighting to expand and protect it, yet my Republican colleagues have plans to cut benefits and even end the program as a whole. Congress has not acted in 50 years to enhance benefits.”

“The American people have made clear they want to protect the program they pay into with each and every paycheck so they can retire with dignity,” Larson added. “With the COVID-19 pandemic still impacting our country and Republicans revealing their plans to end benefits, there is a fierce urgency to protect and enhance Social Security now. Alongside commemorating 87 years of this program, Congress must pass Social Security 2100: A Sacred Trust to make much needed benefit improvements and ensure this program can serve our nation for years to come. Congress must vote!”

Per CNBC, other House Democrats used the occasion of the anniversary to call for action on Social Security reform.

“When Congress returns from recess in September, we need to bring this bill up in committee, and then send it to the floor for a vote,” Rep. Pramila Jayapal (D-WA) said Monday.

President Biden has not specifically endorsed any of the Social Security reform bills currently before Congress, although he did issue a video statement of his own on Monday to mark the occasion, and said that "Social Security allows for our seniors to retire with dignity, and me and my Democratic friends on the Hill are trying to protect it and expand it.”

Biden’s statement was perhaps more significant because it indicated that Social Security protection may serve as a bigger part of Democratic messaging in the fall midterm elections than previously thought.

The president was presumably referencing the “12 Point Plan to Rescue America,” a messaging document released earlier this year by Sen. Rick Scott (R-FL), which called for all federal legislation to sunset after five years.

Meanwhile, a Republican senator who is running for re-election this year, Sen. Ron Johnson (R-WI), was criticized recently for saying that Social Security and Medicare should be treated as discretionary spending.