On Social Security? You Are Going to Get a Big Increase This Year 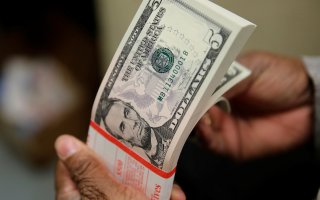 There is no question that over the past year, Americans have been forking over more and more cash for food, gas, clothing, and any other everyday basic needs.

In fact, the consumer price index, the primary indicator of inflation in the United States, revealed that it stood at an annual rate of 5.4 percent in June, which marked a thirteen-year high.

However, this ongoing surge in inflation has been particularly difficult for the nation’s senior citizens, many of whom rely on Social Security benefits to financially support their daily lives.

In response, there is the potential for the biggest boost to Social Security benefits in nearly four decades when officials announce the cost of living adjustment (COLA) for 2022. The Social Security Administration (SSA) typically confirms next year’s adjustment in October.

Based on this current year’s inflation-driven prices, the Senior Citizens League, a nonpartisan senior group, is anticipating that Social Security benefits could climb by more than 6 percent for 2022. If this occurs, it would be the largest increase since 1983.

Will It Be Enough?

However, according to the Senior Citizens League, even such a robust boost to the benefit payouts might not be enough to really help the country’s vulnerable senior citizens.

The SSA had reported that approximately 20 percent of married couples and 40 percent of singles receive at least 90 percent of their income from the Social Security program. Another report discovered that more than four in ten older singles in every state are at risk of not being able to pay for their basic needs.

“We’re not seeing any improvement in the share of people who have incomes above the Elder Index (a measure of the cost of living for older U.S. adults),” Jan E. Mutchler, professor of gerontology and director of the Center for Social and Demographic Research on Aging at the University of Massachusetts Boston, told CNBC.

“We’re seeing sustained high levels of people who do not appear to have the resources they really need to get by in retirement,” she added.

If one looks at the maximum payouts for Social Security based on age, it’s relatively easy to see why many Americans are mired in financial struggles in their golden years. This is particularly true for those who still have outstanding debts, such as a mortgage, to pay off.

For those individuals who decide to collect Social Security at sixty-two—the earliest age to do so—the current maximum amount stands at $2,324. But if one is able to wait until the full retirement age—which is currently sixty-six and two months (full retirement age will gradually rise to sixty-seven over the next several years)—the amount is $3,113. And at age seventy, the absolute maximum benefit is $3,895.=