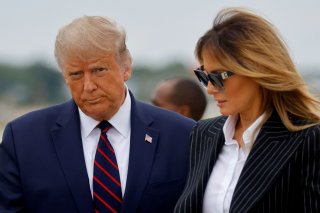 Since Texas is the only state that records and keeps the immigration statuses of those arrested, we can’t make a direct apples‐​to‐​apples comparison between Texas and other states (every state should record and keep this information so we can answer this important question). It could be that illegal immigrants in Texas are the most law‐​abiding illegal immigrant population in the country – or the least ­­law‐​abiding. Until other states start recording and keeping the data, we won’t know for sure. But there is much suggestive evidence that the illegal immigrant criminal conviction rate in Texas is comparable to their crime rates across the country.

Our working paper isn’t the only new research on illegal immigration and crime. Christian Gunadi, an economist who recently graduated from the University of California Riverside, examined how the DACA program affected crime rates. Gunadi tested the theory, based on Gary Becker’s crime research, that issuing work permits to young illegal immigrants increases the opportunity cost of committing crime by making it easier for them to be legally employed. Gunadi found, when he analyzed the individual‐​level incarceration data, that there was no evidence that DACA statistically significantly affected the incarceration rate of young illegal immigrants. Gunadi also looked at crime on the state level and found that the implementation of DACA is associated with a reduction in property crime rates such that an additional DACA application approved per 1,000 population is associated with a 1.6 percent decline in the overall property crime rate. That second finding is consistent with the Beckerian crime model.

Other recent research into immigration and crime similarly find no relationship between immigration and crime or a slightly negative relationship, but their methods are not as robust so I don’t place as much weight on them. However, a recent working paper written by Conor Norris and published at the Center for Growth and Opportunity used difference‐​in‐​differences and the synthetic control method to see how the passage of SB-1070 in Arizona in 2010, which was an immigration enforcement law, affected crime there relative to other states. It found that violent crime in Arizona increased by about 20 percent under both methods.

Norris’ paper is interesting and worth developing further. For instance, most of the research on the economics of crime focuses on how higher opportunity costs lowers crime rates. In that way, increasing legal employment opportunities can lower crime while making it more difficult for illegal immigrants to work can push some of them toward committing crimes because they’d have less to lose. In 2007, the Arizona state legislature passed the Legal Arizona Workers Act (LAWA) that mandated E‐​Verify on January 1, 2008. E‐​Verify is intended to prevent the hiring of illegal immigrants. Forrester and I wrote a short blog post showing that the passage of LAWA may have increased the monthly flow of non‐​citizens into Arizona state prisons, but the effect was short‐​lived as many illegal immigrants either left the state or figured out how to get around E‐​Verify.

The above new research and the vast quantity of papers on how immigration doesn’t increase crime and frequently lowers it leads to an interesting question: Why do so many people think that immigration increases crime? The Christian Science Monitor had an interview segment recently where they asked criminologists why so many Americans think immigrants increase crime even though the weight of evidence says that they are less likely to commit crimes than native‐​born Americans. According to a recent Gallup poll, 42 percent of respondents thought that immigrants increase crime, 7 percent thought that immigrants decrease crime, and 50 percent said immigrants didn’t affect crime.

Much of the effect could be that people who don’t like immigration could just ascribe all types of negative behavior to them in order to justify their dislike. This probably explains a lot of it, but it would be a disservice to stop there. We must examine the possible other reasons. Another potential reason is that many people think that immigrant criminals could have been prevented from coming in the first place, so there’s more of a focus on their crimes (availability bias) because many people think that they are more preventable than crimes committed by native‐​born Americans. In that way, many people could think that allowing any crime by immigrants is a choice and that crime could go away at the stroke of a pen. That’s not how the world works and that doesn’t explain why so many people think that crime rates go up with immigration, but if that form of control bias is combined with a conflation between the number of crimes and the crime rate then the mistake is understandable if not based on an accurate understanding of the variables.

There is more and more evidence that immigrants, regardless of legal status, are less likely to commit crimes than native‐​born Americans. However, a substantial number of Americans still think that immigration increases crime. As more evidence builds over time, we can only hope than Americans respond by updating their opinions so that they fit the facts.