State Stimulus: Colorado Governor to Send Up to $1,000 to Taxpayers 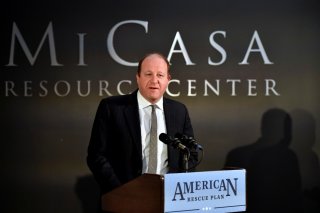 The governor added that more than three million state residents will be in line to receive the money directly in the mail in August or September.

The refund is only available for full-time residents who file their 2021 tax returns by June 30. Those who file after that date but by the extended filing deadline of October 17 will receive their payment in January.

Meanwhile, there are several other states with excess tax revenues that have proposed their own version of tax rebates or stimulus checks to help ease the burden of inflation that has reached a four-decade high.

In New Mexico, it was reported that as many as three direct payments are on the way to help out state residents. For the first round, taxpayers who filed individually are in line to receive $250 and those who filed jointly will get $500.

Per KOAT in Albuquerque, New Mexico, the state started processing tax rebates last week—but this is “just one round of economic relief payments. Some New Mexicans will get three of them.”

“We know people, households are having a tough time keeping up with rising prices,” Charlie Moore, New Mexico Taxation and Revenue Department, told the news station.