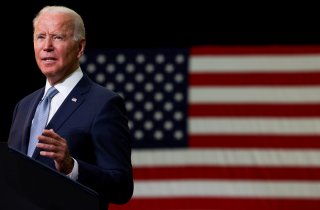 Nearly half of eligible recipients of the enhanced child tax credit are still not sure if they qualified, despite months of preparation and alerts from the IRS regarding the upcoming payments, according to a new survey.

The poll’s results reveal a massive misunderstanding among eligible recipients, as nearly one-quarter of respondents said that they don’t expect to receive the child tax credit because they don’t know how to access it. Around 9 percent of the people surveyed said they did not anticipate receiving the payments because they believe their income is too high, even though they likely qualify for it.

“The much-anticipated child tax credit payments being released this week, while certainly welcomed, are still broadly misunderstood by most parents,” Anand Talwar, deposits and consumer strategy executive for Ally Bank, said in a statement. “Our research shows nearly half of eligible consumers said they are uncertain whether they qualify for the payments and another 25 percent are confused about how to access them.”

“So, if you’re a parent, my advice is to take a moment now and check whether you’re eligible, and if so, verify how much of a child tax credit payment you might receive,” Talwar added. “That way, you can plan and plan well.”

Another 39 percent of those who likely qualify for the credit said they don’t know the amount that they should receive based on their income and ages of their children, or don’t expect to receive a monthly payment.

When asked how much they anticipate receiving from the child tax credit program, 47 percent referred to the incorrect amount.

Biden’s coronavirus relief bill boosted the credit from $2,000 to $3,000 and allowed parents with children under the age of six to qualify for $3,600. The measure also permits parents of children at the age of seventeen to be eligible for the credit.

The IRS will be sending the enhanced credit on a monthly basis from July through December, while the rest can be claimed when parents file their income tax returns next year.