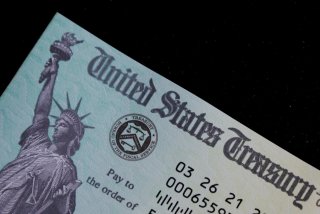 From the ongoing coronavirus pandemic to the stubbornly high inflationary pressures being felt all across the country, it has been a tough couple of years for millions of Americans.

The White House and Congress, however, seemed more in tune with the general population’s needs earlier on in the health crisis when they approved three badly needed stimulus checks for the majority of Americans.

However, one year since the third direct stimulus payments were issued by President Joe Biden’s American Rescue Plan, it appears that many Americans are still struggling just to make ends meet.

That’s why there are currently no less than seven stimulus check petitions calling for more government-issued direct payments. Undoubtedly, the six million cash-strapped Americans that have signed the petitions definitely want to be heard.

The most popular petition was launched by Denver-area restaurant owner Stephanie Bonin, who is calling on Congress to quickly send out recurring $2,000 payments for adults and $1,000 payments for children until the pandemic ends.

“Laid-off workers, furloughed workers, the self-employed, and workers dealing with reduced hours will struggle to pay their rent or put food on the table,” reads the petition, which recently surpassed its target of three million signatures and has tacked on 35,000 more.

“For our team and other Americans who can claim unemployment, even the maximum payments will not be enough for most people to continue paying their bills—and avoid slipping into poverty. The facts are, even successful small businesses can’t go months with their doors closed. But supplying Americans with monthly support until they can get back on their feet can save our communities from financial ruin. We need immediate checks and recurring payments so that we can keep our heads above water. Congress needs to make sure that we won’t be left financially ruined for doing our part to keep the country healthy,” it continues.

Another petition that has garnered much attention of late is being orchestrated by the Senior Citizens League, which has been urging Congress to quickly approve a fourth round of stimulus checks for recipients of Social Security benefits. It appears that due to record-high inflation, many seniors are having a difficult time paying for basic necessities like food and medicine.

“Social Security benefits are one of the few types of income in retirement adjusted for inflation. But soaring inflation has taken a toll on household finances of retired and disabled Social Security recipients,” the petition writes.

“I strongly urge you that now is the time that you must support an emergency $1,400.00 stimulus check to Social Security recipients,” it adds.