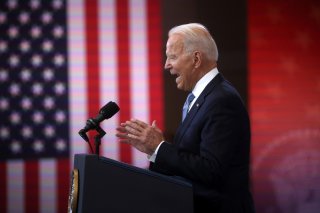 Roughly thirty-nine million families with about sixty-five million children are expected to start receiving the enhanced child tax credit payments in just two days, according to the IRS.

But even with the months of preparation and notices from the agency, millions of families are still unfamiliar and confused about the credit, a new survey by Ally Bank reported. Almost half of the participants said they are uncertain whether they would qualify for the payments, and another 25 percent said they are confused over how to access the credit.

“So, if you’re a parent, my advice is to take a moment now and check whether you’re eligible, and if so, verify how much of a child tax credit payment you might receive. That way, you can plan and plan well,” Anand Talwar, deposits and consumer strategy executive for Ally Bank, said in a statement. “Whether these payments are a vital lifeline or a helpful cushion, stay in control of where the money goes.”

The expanded child tax credit passed in March when Congress approved President Joe Biden’s $1.9 trillion coronavirus relief bill. The package included a provision that granted parents within certain income thresholds a widened child tax credit that will be sent out by the IRS on a monthly basis from July through December, while the rest of the credit can be claimed when they file their income tax returns next year.

The pandemic bill boosted the credit from $2,000 to $3,000 and allowed parents with children under the age of six to qualify for $3,600. The measure also permits parents of children at the age of seventeen to be eligible for the credit.

If families are expecting the child tax credit, then it’s important to know that the IRS will be distributing it beginning on July 15, followed by August 13, September 15, October 15, November 15 and December 15.

Families can use the Child Tax Credit Update Portal to track the status of their child tax credit payments. The portal is reportedly also able to show whether parents have received a payment. Additionally, it can be used as a tool to track payments that are expected to hit their bank accounts.

It’s unclear whether the portal will display other related information, like banking information, monthly payment amount, processing dates and reason for the delay in payment.