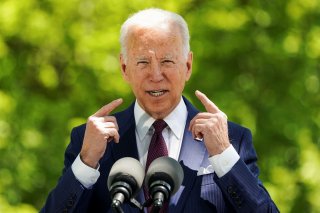 President Joe Biden addressed a joint session of Congress on Wednesday night for the first time, where he called on lawmakers from both sides of the aisle to pass his ambitious proposal that injects federal funds into a slew of family-related policies, as well as providing millions of Americans with free community college. But as Democrats applauded the president’s sweeping initiatives, advocacy organizations think Biden has fallen short on his promises, as the groups want to see widespread student loan forgiveness.

“Any country that out-educates us will out-compete us,” Biden said in his speech.

Jill Biden, the first lady, is a community college professor and has advocated for additional federal support for community colleges, as she’s visited major cities across the country to chime the initiative.

But it’s important to note that Biden’s American Families Plan omits student loan forgiveness for current borrowers, a major idea that the president campaigned on as he pursued the White House. At one point on the campaign trail, he said, “I’m going to make sure everyone gets $10,000 knocked off of their student debt,” due to the economic impacts of the pandemic.

But more than three months into his administration, Biden hasn’t made a clear move over canceling student debt for all federal borrowers.

A number of congressional Democrats have continuously pressured the White House to forgive $50,000 in federal student loans, a measure that Biden rejected at a town hall event in February. Instead, he signaled support for a $10,000 cancellation.

The Education Department has taken major initiatives in forgiving student debt for borrowers who were defrauded by their colleges and those with total and permanent disabilities.

But it’s unclear whether the Biden administration will pursue a separate effort to cancel federal student loan debt for borrowers.

Although advocacy groups have championed Biden’s big spending measure, some groups are urging Congress to push for more action.

“Today the President kept his promise to build towards an equitable recovery where all Americans can thrive,” Jesse Barba, Senior Director of External Affairs for Young Invincibles, told Forbes. “But we can still make this plan stronger . . . This is a once in a once-in-a-generation opportunity to invest in our nation’s future.”

Another group, The Institute for College Access and Success, pushed that policymakers should “go even further.”

“President Biden’s American Families Plan takes a comprehensive approach to making college more affordable,” the institute’s Jessica Thompson told the publication. “While these investments are historic, we encourage policymakers to go even further by including all public four-year colleges and doubling the maximum Pell Grant, which together would allow all students to access an affordable, high-quality higher education without relying on overly burdensome student debt.”

“The President must meet the commitments he made as a candidate. He supported free public tuition at two and four-year colleges for families making less than $125,000 per year. He promised to double the Pell Grant. And he supported immediate student debt cancellation. The President can—and must—keep these promises,” Student Debt Crisis executive director Natalia Abrams said.