Streamers Prefer Sports to All Other Live Content, Survey Finds 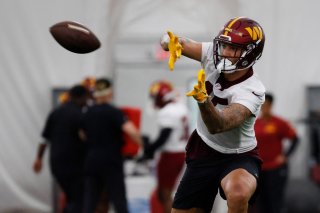 All of the major sports leagues are moving quickly towards a streaming future, with some moving a bit faster than others. There’s a good reason for that: of the live events that are available to stream live, sports are the most popular.

That’s according to new data released Monday by Parks Associates, as part of a study called Quantified Consumer: Livestreaming: The Next Hot Video Market. The survey found that in the last three months, 43 percent of U.S. internet households have “livestreamed online content.” And of those users, 61 percent have streamed a live sporting event.

That’s the most of any type of content, by a safe margin. Just over 30 percent of those surveyed have streamed newscasts, followed by concerts, award shows, “eSports video game competitions,” performing arts shows, and political town halls and debates.

The survey fits the growing conventional wisdom that sports are the only thing that streaming audiences consistently watch live, with the exception of occasional, irregular news events. Indeed, Parks also found that 78 percent of subscribers to over-the-top sports services have livestreamed before.

"Consumers who subscribe to online sports services or those who subscribe to a premium pay-TV sports package are more likely to livestream," Paul Erickson, Director of Research, Parks Associates, said in the release. "Right now, sports content is key to drawing and keeping an engaged livestream viewer base. Even with content that benefits from live consumption – such as news and concerts – significantly fewer consumers are livestreaming this content compared to sports. The sports audience is significantly more engaged in livestreaming as a whole.”

The major sports leagues are working to make more games available to streaming audiences, with the NFL incorporating streaming deals into its major TV deal last year, and also likely to move the NFL Sunday Ticket package to a streaming service after the 2022 season. Amazon Prime Video will also become the exclusive home of Thursday Night Football games this fall, with ESPN+ also exclusively streaming at least one game.

Major League Baseball, meanwhile, has placed national streaming games on Apple TV+ and Peacock this season, with the Bally Sports family of networks getting ready to launch a service of its own called Bally Sports+, with five teams, in the coming months, with more to be added later. "Offering live-streaming content is an opportunity for services to draw both the highly engaged heavy live-streaming audience and live-stream-centric older audiences," Erickson said in the Parks release. "Consumers in the higher age brackets can be difficult to target, but live-streaming is one option that appeals to them, provided the provider delivers the right content."