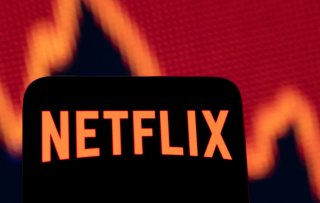 Most of what Netflix has been in the news for in recent months hasn’t been good. The streaming giant announced in early April that it lost subscribers in the first quarter of the year, its first such negative quarter in a decade, and expects to lose even more in the second quarter. The company blamed multiple factors for the loss in subscribers, from stiffening competition to an increase in password-sharing to its recent pullout from Russia.

Netflix also said that it plans to roll out an advertising-supported tier, something the company has long resisted doing. Reports more recently have said that the new tier could arrive as soon as later this year.

Now, a report says Netflix may soon roll out another new feature: live streaming. According to Deadline, Netflix is “exploring the launch of live streaming,” which it will use for stand-up specials and certain unscripted shows. Netflix may also use the capability in order to enable live fan voting on reality competition shows.

Netflix hasn’t had to stream things live previously, as it does not offer live sports or simulcasts of TV channels like some of its newer competitors. For instance, Paramount+ offers extensive sports programming, Peacock offers various live channels and professional wrestling pay-per-views, and Disney+ has shown live streaming of programming such as the Academy Awards, The Verge reported last week.

The company recently hosted the Netflix Is A Joke festival, a series of comedy concerts in Los Angeles, and Neftlix could stream future editions of the festival live. Some of the events at the festival are expected to land on Netflix later on. The addition of live streaming could add another value proposition at a time when the company is struggling against its many competitors.

Meanwhile, Bloomberg has reported on another possible change for Netflix: more movies in theaters. The streaming service has traditionally given a few movies a brief theatrical release each year, mostly the types of movies it releases late in the year for Academy Awards consideration. But the report said Netflix could be eyeing more.

“Senior executives at Netflix have discussed trying releasing a few movies with a longer window (likely 45 days) in thousands of theaters later this year,” Bloomberg reports. “Two potential candidates are the sequel to “Knives Out” and a new movie from Alejandro González Iñárritu. If that test works, the company could release as many as a dozen titles in theaters going forward.”

Netflix was beaten to the punch by Apple earlier this year when the latter company’s CODA became the first movie released by a streaming service to win the Oscar for Best Picture.