Student Loan Servicer: Borrowers’ Payments Will Be Auto-Debited on Sept 1 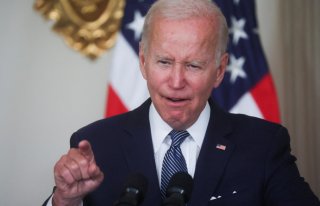 Some student loan borrowers on Thursday were surprised to find out that they received a notice from the student loan servicer Nelnet that their next payment would be automatically debited beginning in September, according to a CBS News report.

However, the Education Department quickly put out a notice that any communication from loan servicers about payments restarting was, in fact, sent in error.

“The Department of Education has directed servicers to inform federal student loan borrowers who received the message that payments remain paused,” a spokesperson from the Education Department told the news outlet.

“The Department of Education will continue to assess the impacts of the COVID-19 pandemic and the economy on student loan borrowers. We will communicate directly with borrowers about the end of the payment pause when a decision is made,” the spokesperson continued.

It was unclear exactly how many borrowers received the emails from Nelnet, which stated that if the student loan payment pause is extended again, it will announce it at the top of its webpage.

“Earlier today we emailed you that your student loan payment would be automatically withdrawn from your bank account on September 1, 2022,” Nelnet’s email read.

“Please disregard that email. It shouldn't have been sent. We apologize for any confusion or concern it may have caused you,” it added.

With less than two weeks to go until the federal student loan repayment moratorium expires, it appears that millions of borrowers are still unsure whether they will have to restart payments starting September 1. Along with potentially extending the pause for a seventh time, the White House has suggested that President Joe Biden is indeed considering wiping clean $10,000 of student loan debt per borrower, excluding those who earn more than $125,000 a year.

On Tuesday, the Biden administration confirmed that it will cancel $3.9 billion in student loan debt for 208,000 students who attended the now-defunct ITT Technical Institute, according to a Washington Post report. The school, which was the subject of several state and federal investigations over its recruitment tactics, lending practices, and job-placement figures, shut down shortly after the government halted its federal funding because it had failed to show it was following certain accreditation standards.

Since taking office, Biden has so far canceled roughly $32 billion of student loan debt for more than 1.5 million borrowers. The nation’s student loan debt, however, is still sitting at more than $1.7 trillion, according to data compiled by the Federal Reserve Bank of St. Louis.