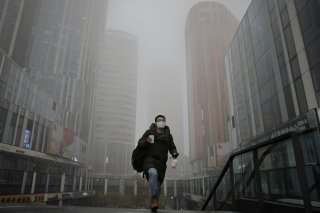 Chronic air pollution has been discovered to slash the average global life expectancy by 2.2 years per person, or a collective 17 billion years of life worldwide, according to the Air Quality Life Index report released by the Energy Policy Institute at the University of Chicago (EPIC).

Currently, more than 7.4 billion people live in areas where air pollution exceeds the recommended guidelines from the World Health Organization.

“It would be a global emergency if Martians came to Earth and sprayed a substance that caused the average person on the planet to lose more than two years of life expectancy,” Michael Greenstone, index co-creator and an economics professor at the University of Chicago, said in a statement.

“This is similar to the situation that prevails in many parts of the world, except we are spraying the substance, not some invaders from outer space,” he continued.

“Whereas it is possible to quit smoking or take precautions against diseases, everyone must breathe air,” the report writes. “Thus, air pollution affects many more people than any of these other conditions.”

The eye-opening study further revealed that air pollution is most dire in South Asia, as India, Pakistan, Bangladesh, and Nepal are among the most polluted nations in the world. Air pollution in major South Asian cities has shortened the life expectancy of people living there by up to a decade.

“The report is definitely alarming, although such studies have come out in the past, too,” Professor Sachchida Nand Tripathi, an Indian scientist who researches air quality, told CBS News.

“It’s going to take about fifteen years for us to see any tangible reduction in the particulate matter… significant reduction could take two to four decades,” Tripathi continued.

As reported by CNBC, China is one country that has been able to dramatically improve its air quality in recent years, though it is still higher than what the WHO recommends. In 2014, after a year in which the country registered record pollution levels, then-Premier Li Keqiang declared a war against pollution and ramped up government spending. The report said these actions had reduced particulate pollution by nearly 40 percent.

“This report reaffirms that particulate pollution is the greatest global health threat,” Greenstone wrote. “Yet we also see the opportunity for progress. Air pollution is a winnable challenge. It just requires effective policies.”