Study: Over Half of Parents Financially Support Their Adult Children 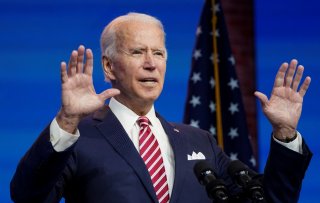 According to a new study conducted by Savings.com, over 50 percent of parents with an adult child provide them with at least some financial support. And 26 percent of these parents admitted that they’ve had to provide more support since the start of the pandemic.

Furthermore, a whopping 62 percent of adult children living at home do not contribute at all to household expenses.

“Even with the additional responsibility of taking care of adult children, parents must also take care of themselves,” Shelly-Ann Eweka, senior director of financial planning strategy at TIAA, told CNBC.

“It’s like when you’re on an airplane, and the flight crews say if you need to wear masks because of an emergency, you need to put yours on first before helping others,” she continued.

According to the report, parents who financially support their adult children give them an average of $1,000 per month for basic expenses like rent, groceries, health insurance, cell phones, and school tuition. Some parents also fund travel. On top of that, the study discovered that if their adult children needed financial help, one in four parents claimed they would pull money from their retirement accounts, and 22 percent said they would delay their retirement plans in order to provide support.

Over the past few years, young adults just starting out have been confronted with significant financial hurdles—perhaps the most concerning stemming from soaring rents and home prices.

As reported by Time magazine, nationwide rent for a one-bedroom apartment between March 2021 and March 2022 climbed an average of 12 percent.

“It was the 11th time in the last year that one-bedroom rent averages hit an all-time high,” Time writes.

Not to be outdone, home prices surged nearly 20 percent in February year-over-year, according to the latest S&P CoreLogic Case-Shiller national home price index. That figure is up from the 19.1 percent annual increase in January and is the third-highest reading in the index’s three-decade-plus history.

“Today’s S&P CoreLogic Case Shiller Index highlights a housing market experiencing a renewed sense of urgency in February, as buyers worked through a small number of homes for sale in an effort to get ahead of surging mortgage rates,” writes George Ratiu, manager of economic research at Realtor.com. “The imbalance between strong demand and insufficient supply pushed prices 19.8 percent higher compared with a year ago,” he continues.