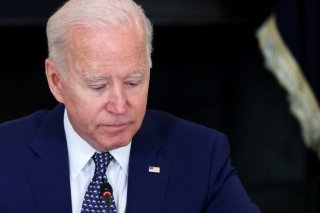 It is abundantly clear by now that, in spite of pressure from a number of progressive activists and Democratic lawmakers on Capitol Hill, a nationwide fourth stimulus check will not be sent out. The Biden administration is attempting to pass two infrastructure bills at the same time. One of these bills was negotiated with the approval of moderate Republicans; while the GOP has opposed the other, Senate Democrats are attempting to pass it through “reconciliation,” a procedural trick that prevents a bill from being filibustered and allows them to push it through Congress with Vice President Kamala Harris’s tie-breaking vote.

Neither of these bills contains any language for a fourth stimulus check, and the issue is mostly dead in Washington. Moreover, it is unclear if a fourth check is actually needed. Across the United States, lockdowns have been lifted, businesses are once again operating, and the conditions that required stimulus payments in the first place—namely, a sharp decrease in economic activity, prompting stimulus payments to keep money circulating —no longer apply.

Therefore, barring an enormous change, the federal government is not likely to send out another stimulus check. This does not mean, however, that Americans will not receive cash payments. Starting last July, American households with children have received $250 to $300 per month for each child in the family. The second payment is slated for Friday, August 13; four additional payments will run from September until December, and a family can claim additional funds from the Child Tax Credit when it comes time to pay taxes in April 2022.

Moreover, several states have instituted their own statewide stimulus programs. California has piloted the largest stimulus program; because of a massive budget surplus, and a quirk in the state’s constitution, its leadership is obliged to redistribute tens of billions of dollars to state residents. This has led to the “Golden State Stimulus,” a payment of $600 for adults and $500 for children to all residents making less than $75,000 per year.

Other states are providing their own cash bonuses—many tied to more specific circumstances. For instance, Colorado is sending an additional $375 to Coloradans who received at least one unemployment payment from March to October 2020. Maryland is passing out a statewide stimulus payment of $500, or $300 for residents who already qualified for the Earned Income Tax Credit.

A number of states, including Georgia, Michigan, and Florida, have sent out “retention bonuses” to teachers who worked during the pandemic. Florida additionally provided the payments to emergency workers and police.

Finally, New Mexico’s state government in Santa Fe has earmarked $5 million for payments to state residents who did not qualify for the earlier federal stimulus checks.