These States Are Issuing Their Own Stimulus Checks 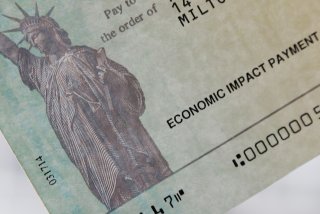 The highly transmissible Delta variant has spread to more than one hundred forty countries and has continued its relentless trek across the United States. It now represents more than 95 percent of all coronavirus cases.

This precarious situation has understandably made millions of still cash-strapped Americans uneasy and has only made the calls for a fourth or even a fifth round of stimulus checks even louder.

One of the more highly publicized and passionate calls is being orchestrated by a Change.org petition, which has already garnered more than 2.8 million signatures, just two hundred thousand short of its goal.

“I’m calling on Congress to support families with a $2,000 payment for adults and a $1,000 payment for kids immediately, and continuing regular checks for the duration of the crisis,” states the petition, which was started by a Colorado restaurant owner.

Despite the fact that the White House and Congress haven’t hinted at any concrete steps toward making another round of stimulus checks a reality, several states have already sent out or are in the process of issuing direct cash payments to their residents. Here’s a quick rundown.

Gov. Larry Hogan (R) signed the $1 billion RELIEF Act of 2021 in February, which approved a $500 stimulus check to families and $300 to individuals who filed for the Earned Income Tax Credit.

Gov. Gavin Newsom (D) signed the 2021 California Comeback Plan last month that included $8.1 billion for stimulus payments. Taxpayers earning between $30,000 and $75,000 annually will receive a $600 check. Parents and guardians will be eligible for $500 for each dependent child and undocumented migrant families will also get $500. Roughly two-thirds of the state’s total population can expect to receive a stimulus payment.

Lawmakers are using federal funds from President Joe Biden’s American Rescue Plan to deliver $1,000 stimulus checks to teachers and educators in the state. Georgia, Michigan, and Tennessee also are giving out cash payments to those working in schools.

New Jersey’s legislature approved a $46 billion state budget that green-lighted tax rebates of up to $500 for nearly eight hundred thousand households in the state.

Gov. Jared Polis (D) issued an executive order that included $375 checks for residents who received at least one weekly unemployment benefit check from March to October 2020. More than four hundred thousand residents qualified for the money.

The New Mexico Human Services Department announced in June that more than four thousand low-income individuals will receive a check of up to $750.