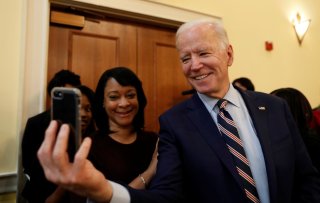 From the Cambridge Analytica scandal in 2016 to the Hunter Biden laptop story in 2020, social media companies are under intense scrutiny when it comes to how they handle politics. Now, the social media giant TikTok has announced new policies ahead of the midterm elections in November.

“Today, we are building on that approach by making a series of changes to government, politician, and political party accounts that we believe will help ensure TikTok remains a fun, positive and joyful experience,” wrote Blake Chandlee, TikTok’s president of global business solutions.

TikTok will also change how it verifies accounts when they are political or government-related.

“If our community is watching content from an account belonging to a government, politician, or political party, we want them to know the account is genuine,” the announcement said. “We don't proactively encourage politicians or political parties to join TikTok, but we welcome those that have chosen to and want to ensure our community knows the source is authentic when watching that content. Verification lets our community know an account is authentic and belongs to the user it represents, which is a way to build trust between high-profile creators and their community,” it continued.

The company will also begin “trialing” mandatory verification for government, candidate, and political party accounts in the United States.

And while TikTok already does not allow political advertising, the platform announced that politicians and political parties, will “automatically have their access to advertising features turned off.”

“We recognize that there will be occasions where governments may need access to our ads services, such as to support public health and safety and access to information, like advertising COVID-19 booster campaigns. We will continue to allow government organizations to advertise in limited circumstances, and they will be required to be working with a TikTok representative,” TikTok said in the post.

There will also be changes in how TikTok deals with political fundraising.

“Finally, over the coming weeks, we'll also be changing our policies to also disallow solicitation for campaign fundraising. That includes content such as a video from a politician asking for donations, or a political party directing people to a donation page on their website,” the company’s announcement revealed.

Former President Donald Trump famously attempted to ban TikTok in 2020, at one point even brokering a deal for Oracle to acquire the Chinese company’s U.S. business. But the ban was never fully implemented, and it was formally reversed in early 2021 once President Joe Biden took office. Biden began asking the Department of Commerce to review apps created in "the jurisdiction of a foreign adversary,” the government said at the time.