The Top Reason to File for Social Security at 70 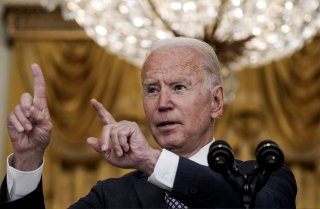 Experts often warn that claiming Social Security benefits at age sixty-two—the earliest age that someone can do so—is one of the biggest financial mistakes a person can make in life.

However, know that there are millions of retirees who are just fine after filing for benefits at that age and many had legitimate reasons to roll with that important decision. There is, though, one clear fact that is hard to ignore: retirees will be in line for bigger monthly checks the longer they wait to file.

“If you’re healthy and have other resources to live off, it pays to wait,” according to the AARP. “Your monthly payment will be 76 percent higher if you wait to start benefits at seventy rather than sixty-two, the earliest possible age.”

“By staying in your job longer or finding part-time work in retirement, you can earn a paycheck that can help you postpone drawing on Social Security benefits early,” the AARP website states.

“Starting to receive benefits after normal retirement age may result in larger benefits,” according to Social Security Administration’s website. “With delayed retirement credits, a person can receive his or her largest benefit by retiring at age seventy.”

Many people strive to bring personal savings into retirement and “many ultimately fall short of meeting their goals,” according to Maurie Backman, a personal finance writer at The Motley Fool. “The good news, however, is that Social Security will reward you financially for holding off on claiming benefits. And it’s for this reason that signing up at age seventy makes so much sense.”

Now a person doesn’t have to sign up for benefits at full retirement age, Backman wrote.

“You can claim them as early as age sixty-two, albeit at a reduced rate,” according to Backman. “Or, you can delay your filing beyond FRA, and for each month you do, your benefits will increase by two-thirds of 1 percent. This means that on a yearly basis, you’re looking at an 8 percent increase for delaying your Social Security filing. . . . So say you’re entitled to a monthly benefit of $1,600 at an FRA of sixty-seven. If you hold off on filing until seventy, that benefit will rise to $1,984 on a permanent basis.”

But some retirees just aren’t in a financial position to wait, she noted.

“If you lose your job in your mid-sixties, for example, and can’t get rehired, you may have to sign up for benefits to keep up with your living costs. But if you have the option to delay your filing until the age of seventy, it could very much benefit you financially to take it,” according to Backman.