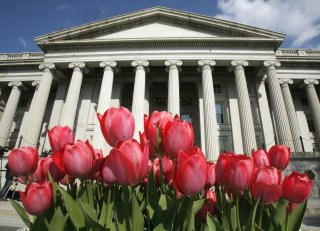 The American Rescue Plan Act of 2021 consisted of direct payments to most Americans which arrived last spring and summer. However, a new report states that not everyone who was supposed to receive the checks got them.

According to the report by the Inspector General of the Department of the Treasury, nearly 645,000 people who were supposed to receive a stimulus check hadn’t yet received them as of mid-September 2021.

The report, cited by CNBC, also said that 167 million people—99.5 percent—did receive their payments as scheduled. Another 294,000 people “were issued an advance payment and reported to the IRS that they had not received their payment or who have not yet activated their advance RRC debit card,” the report said.

CNBC also reported that “it’s likely that many of these individuals have gotten their stimulus funds” since that mid-September date.

In addition, 1.2 million total payments totaling $1.9 billion, went to “potentially ineligible individuals.” In some instances, Americans received duplicate payments, were not U.S. residents, or were ineligible for the payments for other reasons.

The inspector general also released recommendations for solving the problem.

“TIGTA made seven recommendations in this report which include ensuring that the individuals TIGTA identified who have not been considered for an advance payment receive a payment if eligible and notifying all individuals who do not receive an advance payment before December 31, 2021, that they are potentially eligible to claim the RRC on their Tax Year 2021 tax return,” the reports said.

The IRS agreed with all seven recommendations.

For much of the last year, it’s been fairly clear that the American Rescue Plan Act’s stimulus checks would be the last ones in the foreseeable future. Neither the White House nor leaders in Congress have pushed for additional checks despite some calls for more checks.

In recent weeks, with gas prices surging, there has been some interest in Congress for a new round of payments, including one plan that calls for $100 per American in any month when the average price of gas is over $4 a gallon. However, the White House has gone on record to reject direct payments in the form of “gas cards.”

According to Fast Company, stimulus checks to deal with gas prices are “probably a long shot,” both due to concerns about rising inflation and a lack of bandwidth on the part of the IRS.