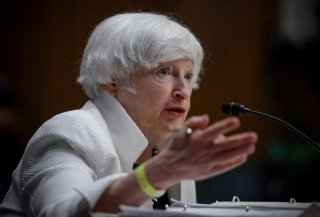 In testimony this week, the Secretary of the Treasury Janet Yellen talked about possible changes to how people file their taxes—including encouraging more Americans to use free filing.

Appearing before the Senate Finance Committee, Yellen also called for more funding for the IRS, which she called "horrendously under-resourced."

"[The IRS] … has fewer staff than it did 40 years ago. It’s operating with technology from the 1960s using a programming language that is archaic and no longer taught in any school in the country," Secretary Yellen said in her testimony, per Business Insider.

"I think it should be very high priority for Congress to give the IRS the resources it needs." The IRS has been complaining for a long time about its lack of funding and modern infrastructure.

"The IRS is significantly and chronically underfunded to serve America’s taxpayers and collect the amount of tax due under law," the National Taxpayer Advocate said last year in a document. "In each of the last two fiscal years, the IRS budget has been reduced, and it appears the IRS budget will be cut further in the current year. The continued underfunding of the IRS poses one of the greatest long-term risks to tax administration today."

The purpose of the hearing was to address the White House’s budget priorities, under the title of "The President’s Fiscal Year 2023 Budget."

Yellen said that "about four percent" of tax filers this year took advantage of the Free File system. But that isn’t enough, she said.

"It hasn't worked. We need to develop a new system," the secretary said, per Business Insider. "There's no reason in the world that a modern economy shouldn't have a system that makes it easy for such a large group of taxpayers to file their returns."

"There’s no cure-all to inflation, but the focus in Congress must be on finding real solutions to drive costs down, protecting everybody’s ability to get ahead, and solidifying our economy in the long-run," Sen. Ron Wyden (D-OR), the chairman of the finance committee, said in his prepared testimony.

The Republican Senatorial Campaign Commitee’s 11 Point Plan to Rescue America, released earlier this spring as a messaging document, would actually give the IRS less funding than it currently receives.

"We will immediately cut the IRS funding and workforce by 50%," the plan, released by Sen. Rick Scott (R-FL) said.

Earlier this year, the IRS had to abandon a plan to use the controversial vendor ID.me for "selfie" verification for taxpayers. There have been calls for a new government probe use of ID.me by other government services, and the vendor itself announced layoffs this week.