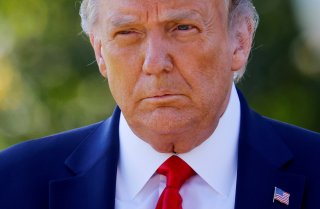 A federal court in Michigan has ordered that former President Donald Trump’s lawyers pay monetary sanctions for their role in lawsuits challenging the outcome of the 2020 election, which the court stated were frivolous. This includes “Kraken” lawyers Sidney Powell and Lin Wood.

Judge Linda Parker, who issued the 110-page decision, described the “Kraken” lawsuits as “a historic and profound abuse of the judicial process.” Parker claims that the Trump campaign’s lawyers “[took] on the charge of deceiving a federal court and the American people into believing that rights were infringed, without regard to whether any laws or rights were in fact violated.”

Parker accuses the lawyers of “proffering claims not backed by law . . . not backed by evidence (but instead, speculation, conjecture, and unwarranted suspicion) . . . without engaging in the required prefiling inquiry; and dragging out these proceedings even after they acknowledged that it was too late to attain the relief sought.”

Parker ordered the plaintiffs to reimburse the defendants, various Michigan state officials and the City of Detroit, for their legal costs in the lawsuit, and also required that the lawyers attend “mandatory continuing legal education”—in effect, remedial law school.

The Federal Rules of Civil Procedure, which govern the behavior of all federal courts, mandate that attorneys positively attest that their cases were brought forward in good faith and with a factual basis. These rules forbid lawsuits from being filed with “improper purpose.” In other words, these are lawsuits that were primarily designed to delay a certain legal outcome or impose higher legal costs on one side as a means to dissuade them. Lawsuits with this goal are sometimes referred to as “SLAPP” suits, or “strategic lawsuits against public participation,” and various jurisdictions have rules specifically against them.

Crucially, Rule 11 of the Federal Rules of Civil Procedure does not allow a lawyer to use ignorance of the lawsuit’s frivolity as a defense. The rules insist that lawyers learn as much as possible about the law regarding their case before they file the lawsuit. If attorneys bring a baseless case before a court, even if they do not know it is baseless, then they can be sanctioned or forced to pay compensation for the other side’s legal costs and compensation to the court for wasting its time. In serious cases, attorneys that a judge determines to violate this rule can be made to attend continuing legal education, as Trump’s lawyers were ordered, or to be reviewed by a state panel for possible disbarment, as Trump lawyer Rudy Giuliani was in New York in June.

The decision comes as a sharp rebuke to the Trump campaign’s legal strategy, as it is now more open to legal challenges in other jurisdictions, including state courts, which typically set their own rules against unethical lawsuits.