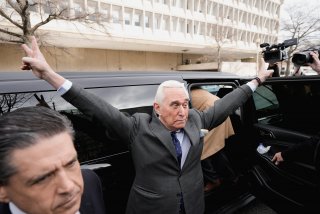 Roger Stone, a conservative political consultant who emerged as a key ally to President Donald Trump during his initial campaign and assisted in planning for the “Stop the Steal” rally on the morning of January 6, chose not to testify before the House Select Committee on the January 6 Attack, a committee investigating that day’s events. Although Stone came to the hearings, he ultimately pleaded the Fifth Amendment to avoid self-incrimination.

However, once out of the committee’s line of fire, Stone spoke more openly about the events of January 6, singling out Steve Bannon, Trump’s former chief strategist, for criticism.

“It is highly likely that Bannon really gave the order to breach the capital [sic] and maneuvered patriots into dangerous positions,” Stone wrote on Telegram, the messenger app popular with extremist figures banned from more mainstream platforms such as Twitter. “A neophyte Steve Bannon was willing to try crazy things like this to curry favor with Trump.”

Stone argued that Trump had “no interest in Bannon’s bulls**t.”

Bad blood between Stone and Bannon has persisted since Bannon testified against Stone for witness-tampering, obstruction of justice, and making false statements during his trial in 2019. Stone, who has maintained his innocence, was ultimately convicted on seven felony counts but was pardoned by Trump in December 2020.

Bannon, who was also called to testify before the House Select Committee on the January 6 Attack, refused to comply, leading to his arrest for contempt of Congress. The former White House official was indicted in November and faces a trial scheduled for July 2022.

For his part, Stone appeared unconcerned about the committee’s inquiries, suggesting to radio host and conspiracy theorist Alex Jones on his InfoWars program that it should not be taken seriously. Jones, who was also subpoenaed by the committee for agitation in the run-up to the attacks, has resisted cooperating with the investigation, suing the group on Monday and indicating that he would not testify to avoid incriminating himself.

Stone has acknowledged being present in Washington, DC on January 6 but indicated that he was not at the Capitol during the riot.

“I was not at the Capitol,” Stone said in a statement after leaving the committee’s hearing. “Any claim, assertion, or even implication that I knew about or was involved in any way whatsoever with the illegal and politically counterproductive activities of January 6 is categorically false.”