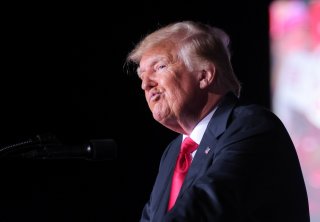 The four men were ordered to release any documents they had related to the events of January 6, in which protesters at a “Stop the Steal” Trump rally stormed the U.S. Capitol Building to stop the 2020 Electoral College vote from being certified. Those events, which have been widely described as an attempted insurrection, ultimately resulted in the arrests of more than 600 rioters. The staffers were also instructed to participate in interviews with the committee’s investigators.

However, the former president has come to the assistance of his former aides, directing them to ignore the subpoena and indicating that he would sue to block their testimony to the committee. In a private letter, Trump’s lawyers urged them not to hand over any documents, claiming that Trump’s executive privilege protected them and claiming that the former president was “prepared to defend these fundamental privileges in court.”

The letter clarified that any documents and testimony related to the function of the Trump administration would be protected by this rule. If the four former staffers raise the issue in court, it would represent the first significant legal challenge for the committee; as a next step, it might ask the Department of Justice to prosecute any subpoenaed witnesses who refused to cooperate.

The penalty for contempt of Congress could include up to a year in prison and a fine of up to $100,000, although the legal issue of executive privilege, a principle allowing the White House to prevent the release of certain information in the public interest, would need to be resolved first.

The “United States House Select Committee on the January 6 Attack,” the committee’s full title, is composed of seven Democrats, as well as Liz Cheney (R-WY) and Adam Kinzinger (R-IL), two anti-Trump Republicans. After House Minority Leader Kevin McCarthy (R-CA) selected five Republicans for the committee, three of whom had voted to overturn the 2020 election, Speaker of the House Nancy Pelosi (D-CA) indicated that she would not seat them, leading McCarthy to withdraw them and denounce the committee as having “lost all legitimacy.”

McCarthy also warned telecommunications companies not to cooperate with the committee, vaguely warning that they would be “in violation of federal law” if they turned over private data to the investigators suggesting that a future Republican majority would “not forget.”