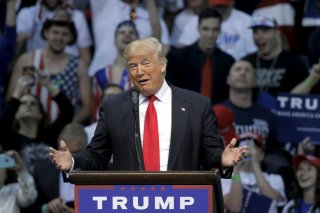 Former President Donald Trump may be in the news for potential legal troubles related to January 6 and the plot involving the 2020 election, but news was made this week in another Trump-related legal matter.

In 2021, Trump sued Twitter and Facebook after he was kicked off the platforms. In May of this year, the lawsuit against Twitter was dismissed for its “failure to plausibly state a claim.”

“Plaintiffs offer only ambiguous and open-ended statements to the effect that ‘we may legislate’ something unfavorable to Twitter or the social media sector,” U.S. District Court Judge James Donato ruled in May, as reported by Politico.

“There is no way to allege with any degree of plausibility when, if ever, the comments voiced by a handful of members of Congress might become a law, or what changes such a law might impose on social media companies like Twitter. … Much of what plaintiffs challenge fits within the normal boundaries of a congressional investigation, as opposed to threats of punitive state action.”

“The government cannot plausibly be said to have compelled Twitter’s action through Section 230, which in any event imposed no affirmative obligations on Twitter to act in any particular way,” Donato said.

It was only the Twitter lawsuit that was tossed out, as the one against Facebook still stands.

Now, as reported by Fast Company, Trump has filed an appeal of the May ruling, and the case will go before the Ninth U.S. Circuit Court of Appeals. The case has other plaintiffs, including Linda Cuadros, the American Conservative Union, Rafael Barbosa, Dominick Latella, Wayne Alan Root, and author Naomi Wolf.

After resisting banning Trump for the majority of his presidency, Twitter permanently banned Trump shortly after the January 6 Capitol riot. Trump has since launched his own media company, including the social media network Truth Social, although that company is itself under investigation.

Digital World Acquisition Corp., the special-purpose acquisition company that was engaged to take the Trump media company public, disclosed this week that its board has received subpoenas related to the stock deal.

Trump had another legal setback back in May, when an appeals court ruled that Trump could not avoid testifying in a civil probe from the office of the New York attorney general.