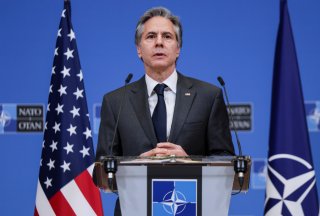 The Biden administration pushed back at OPEC+ after the oil producer group decided earlier this week to cut production by two million barrels per day from November, the Wall Street Journal reported.

The move represents the largest slash to production since 2020, when OPEC+, a group that combines OPEC countries and allies such as Russia, reduced output by a record ten million barrels per day in response to plummeting demand due to the Covid-19 pandemic. The cut amounts to roughly 2 percent of the world’s daily oil production.

President Joe Biden, who had wanted the group to pump more to further tame fuel prices ahead of the midterm elections, told reporters on Thursday that his administration is “looking at what alternatives we may have” to bring down oil prices.

“There’s a lot of alternatives. We haven’t made up our mind yet,” he continued.

The White House in a statement said that the president was “disappointed by the shortsighted decision by OPEC+ to cut production quotas while the global economy is dealing with the continued negative impact of [Russian President Vladimir] Putin’s invasion of Ukraine.”

The statement added that Biden has already directed the Department of Energy to release another ten million barrels from the Strategic Petroleum Reserve next month.

“In light of today’s action, the Biden Administration will also consult with Congress on additional tools and authorities to reduce OPEC’s control over energy prices,” the White House added.

“We will not do anything that would infringe on our interests, that’s first and foremost, what will guide us,” Blinken said during a news conference in Peru on Thursday.

“We will keep all of those interests in mind and consult closely with all of the relevant stakeholders as we decide on any steps going forward,” he continued.

National Public Radio reported that Rep. Tom Malinowski (D-NJ) believes that OPEC+’s move was “deliberate” to hurt the United States. Malinowski called for the withdrawal of U.S. military support from Saudi Arabia and the United Arab Emirates. “I just don't see any good reason for us to maintain troops that are there almost solely for the purpose of protecting their oil fields and their security interest,” he told the news outlet. “It just doesn't make sense to me.”

As reported by CNN, Biden’s advisers are now ramping up efforts to find policy and diplomatic options to address the production cut.

“We’re going to work to identify the tools that we have to ensure that organizations like OPEC that assign quotas to their members of how much to produce are not—have a muted and less of an impact on American consumers, and quite frankly, on the global economy,” Amos Hochstein, Biden’s top energy envoy, said on CNN’s New Day on Thursday.