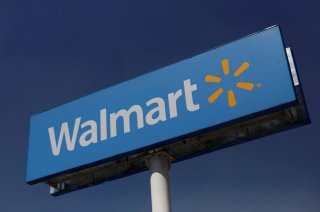 For many Americans, the current high-inflationary pressures seen across the country—which have hit a four-decade high of 8.5 percent—have been devastating to their overall financial health.

But, according to a new report from the retail watchdog group Accountable.US, it’s a wholly different story for some of America’s biggest companies—as they are tapping into inflation price hikes to generate massive profits.

Per CBS News, companies like CVS Health, Kroger, Target, and Walmart appear to have raised their prices unnecessarily over the course of the ongoing pandemic that has lasted for more than two years. The group claimed that instead of moderating prices for financially struggling families, these companies have made it a habit to overcharge consumers to maximize profits.

According to Accountable.US’ analysis of earnings data of the ten largest U.S. retailers, it found that they all raised consumer prices while collectively reporting $24.6 billion in increased profits for a grand total of $99 billion. These same companies boosted spending on shareholder handouts by nearly $45 billion year-over-year for a total of $79.1 billion.

“When corporate profits are at their highest levels in nearly 50 years and companies are showering their shareholders with billions in new benefits over the last year, it raises serious questions whether industries like retail have had to hike prices on families to such excessive degrees,” Kyle Herrig, president of Accountable.US, said in a release.

“How can any company that’s raking in billions upon billions more than the year before honestly say that the market forced them to dig so deep into consumers’ pockets? It’s time corporations finally help shoulder the burden average Americans have taken on throughout the health crisis. Corporations can start by stabilizing prices for consumers instead of pursuing even higher profits—on top of finally paying their fair share in taxes,” he continued.

Home Depot has contended that the report misrepresents the real reasons why the company saw robust growth over the past year.

“As our customers advocate for value, we're continuously working with our suppliers to keep costs as low as possible for our customers,” the company said in a statement, per CBS News. “Our growth has been based on overwhelming demand in home improvement,” it added.

The report’s release comes on the heels of a Moody’s Analytics analysis that has revealed that the high-inflationary environment is now costing the average American household an additional $327 per month. That amount is about $30 more than last month’s estimate of $296 per month.

In addition, according to a survey released by Salary Finance, more than 75 percent of working Americans have admitted that rising inflation has negatively impacted their finances over the past year, with 20 percent saying that they regularly run out of money between paychecks.