Want to Live Abroad? Make Sure Your Social Security Benefits Can Go With You. 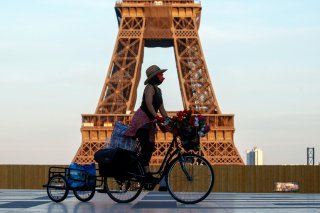 Millions of American retirees must have rejoiced when they heard that the Social Security Administration (SSA) confirmed that they will receive a 5.9 percent cost of living adjustment (COLA) beginning next year.

That nearly six-percent boost—the largest seen in about four decades—is expected to help seniors keep up with fast-rising costs due to the current high-inflationary environment. However, some seniors, even before the SSA’s announcement, have been looking to keep costs down by living abroad.

While that may sound like an exciting adventure, the personal finance site GOBankingRates recently advised that these seniors should keep in mind that “there is one benefit you may not have in other countries: Social Security.”

It continues: “In most cases, the Social Security Administration stops payments to non-citizens living outside the U.S. for six calendar months in a row. Payments resume only after you return to the U.S. and stay for at least one calendar month. However, certain restrictions apply to both U.S. citizens living abroad as well as those residing there temporarily.”

The site noted that Social Security benefits will be completely restricted if an individual decides to live in North Korea or Cuba.

“The good news is that if you are a U.S. citizen, payments will be withheld and can be sent if you later move to a country where payments are not restricted. However, that only applies to U.S. citizens. If you are not a U.S. citizen, you won’t receive benefits for the time you were in North Korea or Cuba, even if you move,” it says.

“In general, the SSA cannot issue payments for those living in these countries. However, you may still be able to receive benefits if you qualify for an exception. You will also have to meet and accept certain restricted payment conditions. The SSA provides a screening tool you can use to find out if you may qualify for an exception,” the expert writes.

“Those who don’t qualify for an exception will have their payments withheld until they move to a country where they can receive payments. The SSA does not mention anything about citizenship in this scenario,” he continues.

Still, other conditions apply, such as “non-U.S. citizens must live in a country where the SSA can send payments and remain eligible for benefits.”

It can get more complex when trying to figure out eligibility based on citizenship.

“For example, those who are citizens of certain countries, such as Canada, France, or the United Kingdom can receive benefits with no further considerations. In other countries, such as Argentina, Iceland, and the Philippines, additional conditions apply if you are receiving benefits as a dependent or survivor,” the site concludes.