What Does the Latest Debt Ceiling Calamity Mean for Social Security? 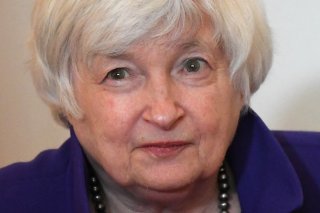 Democrats and Republicans in Congress are about to get into another showdown about the debt ceiling. Per CNBC, a government shutdown will ensue around October 1 unless the parties agree to a continuing resolution to fund the government, as well as raise or suspend the debt ceiling. The House of Representatives this week passed a bill to do both along party lines, but it’s likely to face opposition in the Senate.

Such brinksmanship happened multiple times during the Obama administration, especially when one or both houses of Congress were controlled by the Republicans, although every time, an agreement was eventually reached that did not entail the government defaulting on its debt, something that has never happened.

These debt ceiling talks come at a time when, unlike in the Obama administration, criticism of the deficit and debt has been a relatively small part of the Republican critique of the Democratic administration.

Meanwhile, another CNBC report this week looked at what might happen in the absence of a deal-something that might affect Social Security benefits.

Treasury Secretary Janet Yellen wrote an op-ed that was published by the Wall Street Journal this week. Her op-ed called on Congress to raise the debt limit.

“The U.S. has always paid its bills on time, but the overwhelming consensus among economists and Treasury officials of both parties is that failing to raise the debt limit would produce widespread economic catastrophe. In a matter of days, millions of Americans could be strapped for cash,” Yellen, the former Federal Reserve chair, wrote in her op-ed. “We could see indefinite delays in critical payments. Nearly 50 million seniors could stop receiving Social Security checks for a time. Troops could go unpaid. Millions of families who rely on the monthly child tax credit could see delays. America, in short, would default on its obligations.”

And the problem isn’t only with Social Security, according to Yellen.

“[Defaulting] would likely precipitate a historic financial crisis that would compound the damage of the continuing public health emergency,” she said. “Default could trigger a spike in interest rates, a steep drop in stock prices and other financial turmoil. Our current economic recovery would reverse into recession, with billions of dollars of growth and millions of jobs lost.”

Yellen also fought back against the frequent notion that raising the debt ceiling somehow represents a “blank check.”