What Does the Senate Infrastructure Bill Mean for the Sportsman and Sportswoman? 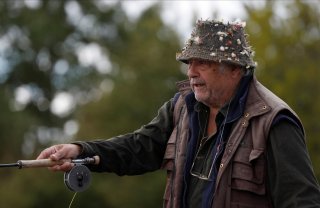 In a 69-30 vote, the United States Senate approved the $1 trillion bipartisan infrastructure bill this week. The historic piece of legislation—officially known as the Infrastructure Investment and Jobs Act—has been described as having the potential to reshape American lives for decades to come. The bill's passage is being seen as a victory for the Biden administration, which called upon lawmakers to come together—even as the bill faces an uncertain fate in the House of Representatives where progressive Democrats have pressed for greater spending.

“I want to thank those senators who worked so hard to bring this agreement together. I know it wasn't easy,” Biden said during Tuesday remarks at the White House. “For the Republicans who supported this bill, you showed a lot of courage. And I want to personally thank you for that.”

The legislation includes nearly $550 billion in new spending above what lawmakers had already planned to allocate towards infrastructure over the next eight years. In addition to roads and bridges—the nation's “traditional infrastructure”—the bill will provide a $65 billion investment in improving the nation's broadband infrastructure.

Not everything in the “infrastructure bill” seems to focus on building back better, however. The legislation will also place new tax regulations on cryptocurrencies including Bitcoin, while it will also delay a drug rebate rule.

Hunters and Anglers Will be Impacted

Many “red state” voters, especially those hunters and anglers, should be happy by the passage of the legislation, even if critics have warned it could lead to inflation in the short term. The bill includes funding that was earmarked specifically for conservation and environmental remediation projects, and also included infrastructure improvement meant to improve public land access across the United States.

“Now more than ever, we appreciate the diligent, bipartisan process undertaken by the Senate to develop a legislative package that both reauthorizes critical programs and takes additional steps to acknowledge the relationship between infrastructure and our natural environment,” said Whit Fosburgh, president and CEO of the Theodore Roosevelt Conservation Partnership (TRCP).

“From the availability of funds for wildlife crossings to restoration programs that will benefit large ecosystems like the Great Lakes and Chesapeake Bay, the legislation represents our nation's continued commitment and responsibility to our lands, waters, and wildlife,” added Fosburgh. “We look forward to working with the Senate and House to advance the critical provisions within this bill.”

TRCP had advocated for several critical provisions within the bill that were meant to directly improve habitat connectivity for wildlife, as well as investments in public lands and access. The group also pushed for the inclusion of resources to restore and conserve aquatic habitats and the restoration of water quality.

Many sportsmen and sportswomen could benefit from some of the bill's provisions.

It includes the first-of-its-kind $350-million grant program to fund the construction of roadway crossings that are meant to reduce wildlife-to-vehicle collisions while reconnecting fragmented migration corridors. It will also limit habitat destruction often caused by deteriorating roads.

Additionally, the bill reauthorizes the Sport Fish Restoration and Boating Trust Fund, which calls for providing valuable grant funds to states and wildlife agencies that will go towards fishery projects, boating access, and even aquatic education.

A total of $14.65 billion will also go towards the Clean Water State Revolving Fund Program, which would direct funds towards estuary restoration, stormwater management, and more. That program is meant to directly improve water quality and fish habitat, and thus improve conditions for anglers.

An additional $11.29 billion would go for the Abandoned Mine Reclamation Fund, while $3 billion would be earmarked for a new abandoned hardrock mine cleanup program. Those funding components are meant to reduce water pollution from abandoned mines, as well as potentially create more elk and deer habitat through the cleanup of old coal mines.

The Bad With the Good

The bill has been generally considered a “boon for conservation,” Field & Stream noted, but it was far from perfect. There were multiple missed opportunities critics have argued. Missing from the bill were any efforts to remove dams on the Lower Snake River in Idaho, while critics have also said that the $350 million allocated to wildlife roadway crossings falls significantly short of the money needed to improve habitat connectivity across the country.

Additionally, the package failed to include any significant funding for private-land conservation programs.

However, the fact that lawmakers understand that the “great outdoors” is a critical part of our nation's infrastructure has largely been seen as a notable step in the right direction.